Insurance 2025: In conversation with... Christian Majgaard

Ahead of his keynote speech at Insurance 2025, former Lego vice-president speaks to Insurance Times reporter, Scott McGee about what attendees can expect

Christian Majgaard, the former executive Lego vice-president, has led numerous strategic corporate projects that helped shape the transformation of Lego from a simple Danish toy company to the global brand we know today, with blockbuster movies and successful theme parks around the world.

He speaks to Insurance Times ahead of his keynote speech at Insurance 2025.

What can the audience at 2025 expect from your keynote speech?

Customer focus, the whole concept of customer focus and how it lends to building a brand. I like that concept because that is how brands work. 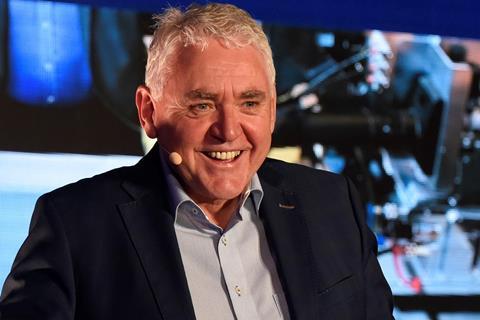 A lot of companies think that their brand is the logo. So, if they want a new image, they just repaint the logo. But that doesn’t do very much because people are not interested in logos. They are interested in the things that mean something to them, things that fulfil their needs and meet their particular way.

Customer focus is a great prerequisite for building a brand; it doesn’t mean one-way focus. I have been interviewed at an airport and they were not interested in me, they were only interested in my money. They asked questions like ‘how much have you bought?’ and ‘how much do you think you will buy before leaving this airport?’ That is not customer focus, but they think they have customer focus because they are asking these questions.

I will give examples from my walk of life, including my time at Lego and other companies.

How did you implement innovation at a company like Lego?

Every 10 or 15 years, Lego goes through a major change and I happen to have been involved in around two or three of them.

With regard to implementing change at Lego, I was most involved with taking it into new business areas, such as robotics and the alliances with Hollywood.

That happened in the late 90s. And when you think about how you are going to implement those changes like, for example, locating, designing and building new theme parks, there are so many ingredients you need.

You need a shared vision in the corporation that allows this change to happen. If you are in a very counter-visionary corporation, your project will probably get killed because it will be too hard to implement anything.

As long as we understood that, it paved the way for ideas that we could work with.

Another thing you have to consider is ‘what is the spirit of the time? What is hot right now?’ In one way or another, blend what is hot with your customers, with your own brand. Lego did that well, and it was not just me, it was a whole team of people.

A company needs to understand the minds and the needs of its customers and blend that with what is on-trend, and that paves the way for development and innovation of the brand.

Were there any difficulties with the rebrand and what lessons did you learn from that?

It is quite common when you do make a change within a company that has been successful over the years that there is a natural resistance to change. It already works one way, why would they try another way? There is always this concern. I don’t think it is stupid or anything, it is just a fact of life.

One way to overcome this is to have a chief executive who is pro what is happening with innovation projects.

Another way to combat this is to not do innovation right in the centre of a corporation. At Lego, we built little divisions in the corners of the corporation. A lot of the people who worked on the new buzz side of Lego were based in London and not Denmark. It was good to keep that certain distance in the beginning.

Rule three is to bring people on board who have done these things before. At Lego, we brought people who had already worked on theme parks to work on our theme parks, we got retail people to work with Lego shops.

And finally, explore the innovation already as an idea before making it a business plan. Exploration means that it is OK to work on an idea without knowing quite where it ends. With Lego robotics, we had already done lots of explorative work with MIT in Boston. It actually started back in 1984, even if we didn’t launch it until 1997. For 14 years, we were playing around with it, so by the time we launched, it was not new to us.

What fundamental piece of advice would you give to a company looking to innovate and build its brand?

It is important that they do innovation based on the customer experience. That should be where the focus is. Because sometimes, if it is new technology, it ends up being technology for the sake of technology. Or it could be a thoughtless business idea just because someone influential happened to say that it would be a good idea.

There is always this risk of losing track of the really important thing, and that is ‘how does this add value to the user’s personal experience?’

And this risk goes all the way from concept to testing. You need to keep the customer experience focus. That is the most important thing.

Christian Majgaard is the keynote speaker at the Insurance 2025 event on 4 September 2018.

Register for your tickets today