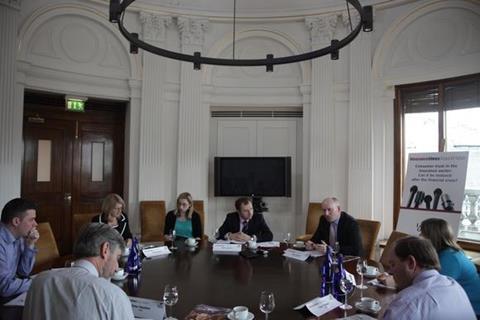 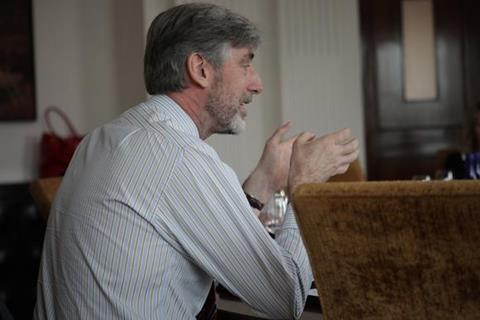 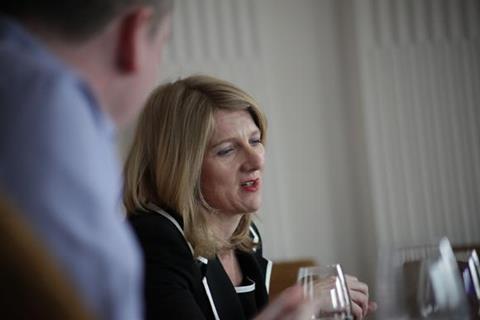 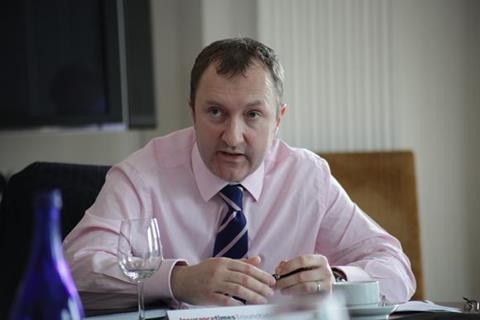 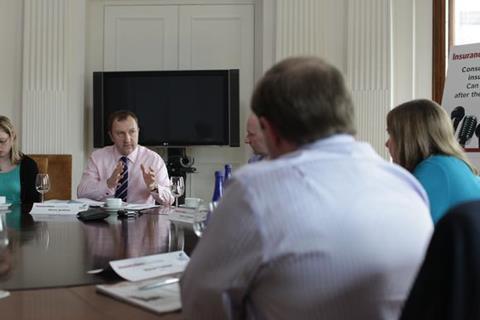 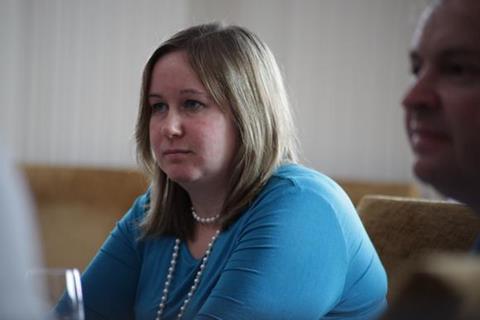 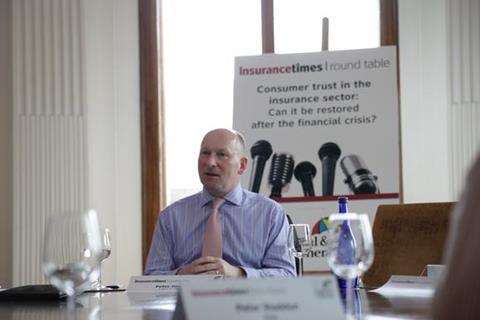 Lumped in with the banks, and accused of trying to wriggle out of paying claims, the insurance industry is suffering from a fairly bad reputation. Our latest roundtable looked at how to restore some much-needed consumer confidence

Insurance Times’s latest roundtable focused on the challenges of restoring consumer confidence in the insurance industry following the financial crisis. Chaired by Insurance Times editor Tom Broughton, the event was held in the Dome Room, Cornhill in London in association with Legal & General. During the debate, the panel tackled a range of issues confronting the sector, including the need for clearer policy wordings, better consumer education, improved media portrayal and greater collaboration.

Managing director of Legal & General’s general insurance business, Peter Graham, began by saying that the insurer was proud to pay genuine claims. He added that the sector was often unfairly represented in the mainstream media as a result of its efforts to weed out fraud. “The press seem to like to point out what it sees as the insurance industry’s deficiencies – ‘sneaking out of paying claims’ as they like to word it. But I don’t think that is a fair reflection of what is actually happening. There are a number of issues around fraud caused by a minority of claims that the industry has to deal with, and this doesn’t get enough attention.”

But he said the onus was on the insurance sector to accurately portray these challenges to policyholders. Graham also stressed that, while insurance providers need to provide clearer policy wordings, consumers needed to become more educated about the products they purchase. “We need to look at our duty to disclose what is and isn’t covered by a particular policy, and that will differ depending on whether we are talking about general insurance or life insurance. I also think there is a duty on the consumer’s part to understand what it is they are buying and therefore what is excluded.”

Graham added that while cheap products rarely deliver quality cover, the insurance sector would have to deal with the reality of that, as such products are here to stay.

CII director of financial markets services Steve Jenkins pointed out that, in addition to the banks, consumer trust in other institutions such as the police, media and social care was also on the decline. But he conceded that although the insurance sector was left relatively unscathed by the banking crisis, consumers still often lumped all financial providers together. He added that the CII was working on how to make the distinction between insurance and banking more clear.

“Anything that the general insurance market can do to break free of that and promote best practice is a very good thing,” he said. “One of our initiatives over the last few months has been looking to harness a group of organisations to do just that, so the regulator can focus elsewhere and the industry can promote itself as a paragon of best practice. This will clarify that blurry vision that the end customer has about financial services.”

Rias managing director Janet Connor said that providing greater clarity to consumers needed to become a priority. “Many of the complaints that I see are about misunderstanding. I think we dwell too much on fraud and don’t necessarily consider how we can be clearer on our policy wordings.”

She added that jargon like ‘trace’, ‘excess’ and ‘unoccupancy’ were traps for the unknowing policyholder and it was “incumbent” on the industry to make wordings more transparent.

Biba head of technical services Peter Staddon believed the insurance sector needed to take responsibility for the large-scale confusion surrounding insurance products to retain customers. “We need to ensure that consumers are not muddled. We need to look at whether we are doing our best. We are selling to make a profit. We are doing ourselves no good at all. The customer is not stupid. They should be fully aware of what they are doing and when they are doing it. I think the stupid ones are us for letting it go too far.”

RBS head of motor insurance Steve Treloar said that the industry needed to promote the positive contribution that insurance can make in people’s lives, especially during times of hardship.

“In cases like Carlisle and other major flood events, the industry is absolutely outstanding in its speed of response and the way that people on the ground actually deal with the issues people have,” he said. “I really don’t think the industry does itself any favours in how little it projects the fantastic service it provides.”

ABI assistant director of markets and regulation Kate Carr pointed to the plight of travellers affected by the volcanic ash from Iceland, many of whom were still uncertain whether their policy would cover their additional costs. “It is very difficult for a customer to understand what could have been done to ensure they had the right cover,” she said.

The debate then switched to the issues surrounding media representations of the sector. Broughton asked whether the sector was unfairly portrayed in the mainstream press. “I think they are representing their readers, who are confused. But whether the industry gets good press or bad press, we have to create our own good press rather then expect it by default,” Jenkins said.

He added that the industry needed to “earn” good press, while Carr felt the FSA needed to do more to reflect the positive impact of the insurance sector. Both Carr and Staddon argued that the industry needed to work more collaboratively to ensure better consumer education. The panel agreed this would help in the battle against fraud. But Graham pointed out that insurers were often reluctant to engage with each other. “The problem is the insurance industry is notoriously bad in collaborating with each other and, in order to do something, somehow we have got to create an imperative for us to do so,” he said.

The conversation turned to the impact of aggregators and price comparison sites. “I don’t think that people understand that, while you may get a lower price, fundamentally it is associated with a lower cover,” Treloar said.

Connor said that, while she did not support the idea of a regulatory framework for the providers of such sites, she believed that better processes could be adopted. She suggested that a social media forum similar to TripAdvisor, the free travel and research website, could be tailored to the insurance industry to help consumers become more informed when buying insurance.

Graham said that the sector needed to invest time and energy into understanding the factors that could help restore and maintain consumer trust. “The ultimate goal is that the industry is able to portray itself as one that is there to pay genuine claims and does so as quickly and effectively as it possibly can. We must understand the issues that we have to deal with to make that happen.” IT