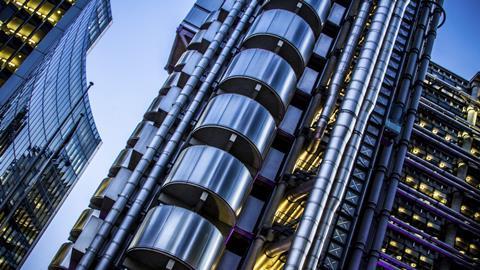 Lloyd’s chief executive Inga Beale said the underwriting result was helped by “an exceptionally benign loss period through the first half of the year”.

The Lloyd’s first half results, which cover the period to 30 June, do not contain any impact from recent natural catastrophes such as the series of hurricanes that pounded the US and Caribbean in late August and September.

The benign claims environment in the first half helped offset a sharp drop in reserve releases to £190m from £600m. Lloyd’s underwriters had to pump money into motor and property reserves, which counted against the releases seen in other business lines.

Beale said: “These results highlight the continued strength of the Lloyd’s market, but they do reflect the challenging conditions that have shaped the sector over recent years.

“Our focus on maintaining a strong underwriting discipline and concentrating on profitable lines of business is showing signs of success, but we cannot allow that focus to waver if we are to continue to ensure the Lloyd’s platform is the most attractive option for customers.”

Noting that the results do not contain any impact from recent catastrophes, Beale added: “The market is assessing claims and starting to make payments that will help local communities and businesses get back on their feet as quickly as possible.

“It is our ability to respond quickly and effectively in times like these that differentiates the Lloyd’s market and is ultimately what we are here to do.”