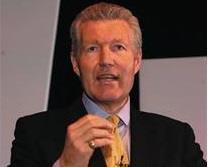 Taylor’s hire follows Pioneer breaking the £100m gross written premium (GWP) barrier this year, of which only a quarter is derived from BMS.

The MGA also still has a medium-term ambition to underwrite risk on its own book, which may involve setting up a Lloyd’s syndicate.

Speaking to Insurance Times yesterday following the announcement of his appointment as Pioneer’s non-executive chairman, Taylor said his new role Pioneer was “very much focused on the governance and independence of the organisation – making sure that he strategy is clearly set, directionally correct and that we have got the appropriate resources and capabilities on board to deliver it.”

Taylor added that he had spent the past seven years in non-executive positions. In addition to his new role at Pioneer, he is also non-executive chairman at Lloyd’s insurer Jubilee and Japanese insurer Mitsui Sumitomo’s London market operation.

Pioneer chief executive Darren Doherty said: “The key criterion in the search we undertook was to find a high-profile non-exec chairman who could bring further governance and independence to the Pioneer board which is of particular importance in managing the conflicts surrounding the broker ownership.

“Max’s previous incarnations in both broking and underwriting company chair roles, and appreciating the different dynamics at play in each, fit the bill very nicely.”

He added: “Obviously Max’s name has a very high profile in the Lloyd’s market so we are very pleased Max accepted the position.”

Pioneer decided to hire a non-executive chairman because of the size it has now reached. The MGA started out in April 2011 with capacity of £62.5m. It wrote GWP of £27.5m in its first year.

The MGA’s GWP now tops £100m, only £25m of which comes from BMS. Doherty said: “We need further independence with the increasing reliance on third-party broker business.”

Liberty mutual provided all of Pioneer’s initial capacity. The MGA now has 25 capacity providers – 10 within Lloyd’s and 15 outside ­although Liberty continues to be its main provider.

The MGA has plans to continue growing. Doherty said: “We have a number of new lines that we will be adding over the coming months and new underwriting teams.”

He added that the company also still has the desire to take on underwriting risk in the medium term rather than pass it on to third-party capacity providers.

BMS had originally wanted to form a Lloyd’s syndicate, but created Pioneer after Lloyd’s rejected several applications from brokers.

Doherty said the “date and flavour” of the risk-bearing entity is yet to be determined but said that a Lloyd’s syndicate is one of the options. He said: “It is widely known that we have a medium-term aspiration for a Lloyd’s platform. We will consider all options.”

He added that any risk-bearing entity that is formed will run alongside the Pioneer MGA rather than replace it.

He said: “I am really positive about anything that is about bringing more business to Lloyd’s.

“The Pioneer MGA development, which has been pretty swift over the past three years, involves a significant amount of Lloyd’s capacity and in that sense Pioneer has become an important distribution element for Lloyd’s business as well as others.”