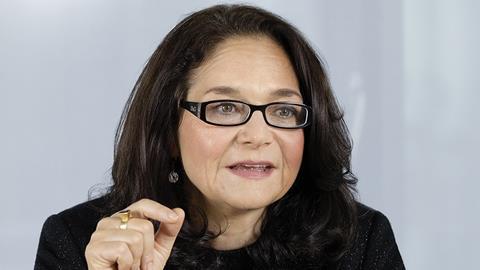 Munich Re board member in charge of Europe and Latin America Giuseppina Albo is leaving the reinsurer to become chief executive of Bermuda-based Hamilton Insurance Group.

Munich Re’s UK business, including Great Lakes – perhaps best known in the UK general insurance as the co-insurer for 40% of Admiral’s business – falls under Albo’s remit as Munich Re Europe head.

Albo has worked for Munich Re since 1992, and has been board member responsible for Europe and Latin America since October 2014.

Munich Re said in a statement: “The supervisory board and the board of management would like to thank Pina Albo for her outstanding commitment and dedication over many years, and wish her all the best in her new role and for the future.”

Hamilton Insurance Group chairman William Freda said: “All of us involved in the search were impressed by what Pina will bring to Hamilton: an accomplished career with extensive experience and contacts in the global insurance and reinsurance markets, a dynamic commitment to change in our industry, and a deep understanding of what we’re building at Hamilton.”