Matthew Donaldson steps down after twenty years at BGL, with his successor starting from the 1 September

Donaldson leaves after 20 years with the digital distributor of insurance and household financial services and seven years as chief executive, he also steps down from the board on 19 June.

Bailie will succeed Donaldson from 1 September, subject to regulatory approval.

Until September, Dominic Platt, chief finance officer will assume the role of interim chief executive and will lead the business on a day-to-day basis.

Debbie Hewitt MBE, chairman, said: “After seven successful years as [chief executive], [Donaldson] will be handing over to a new leader, who will set the priorities for the next phase of development for the business. We thank [Donaldson] for the valuable contribution that he has made to BGL over the years and wish him well for the future.”

Bailie is currently on secondment as one of the four business unit leads for the NHS Test & Trace service – a key element in HM Government’s response to coronavirus.

This is a significant project with the development of technology, infrastructure and the recruitment of the team to run the programme this year. His secondment will conclude prior to him joining BGL.

Bailie spent ten years at the Royal Bank of Scotland (RBS) as group executive in 2015.

He became chief operating officer in 2016 and was the founder and chief executive of Bó – its digital banking app.

Prior to joining RBS, Bailie spent a decade in private equity, leading large-scale buyouts and worked for PwC for five years, where he qualified as a chartered accountant.

“I am pleased to welcome [Bailie] to our business. He has an extensive background in developing digital strategies for consumer facing businesses, as well as proven hands-on operational expertise and regulatory credentials, having sat on the FCA Open Finance Advisory Panel. He is thoroughly familiar with regulated and private equity-owned businesses and will bring strong consumer, people and brand-led experience, Hewitt added.

“Our business remains robust, in spite of the uncertain external context of the coronavirus and we very much appreciate the hard work of all colleagues to ensure that we continue to focus on our customers and partners during these unprecedented times.”

Donaldson has played a fundamental role in growing the business over the years, providing strong leadership.

He originally joined the business back in 1999, when BGL acquired Arnott Century.

But he progressed quickly through the organisation, leading Budget Retail and subsequently the organisation’s e-commerce activity where he played a key role in the creation of comparethemarket.com.

He progressed to the role of chief operating officer in 2010 and was later promoted to chief executive at BGL Group in 2013. 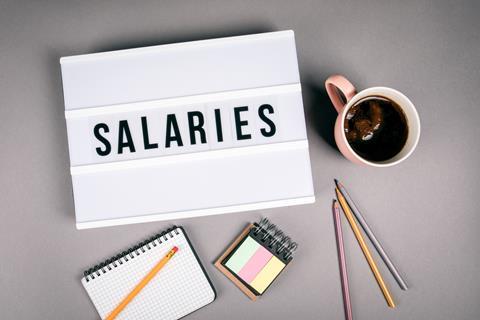