Esure back in profit but underwriting struggles continue

A 5.5 percentage point improvement in the insurer’s overall combined operating ratio was not enough to report a positive underwriting result

Esure has returned to profit in its first set of results following the appointment of new chief executive David McMillan. The insurer reported a profit before tax of £3.3m for 2019, up from a loss of £15.4m in 2018.

The insurer said it’s results were the product of “a disciplined trading strategy as the wider market failed to increase prices at a rate that matched inflation on claims costs”, resulting in esure’s gross written premium (GWP) falling 3.2% to £834.5m (2018: £862.2m).

Esure’s underwriting performance, meanwhile, has improved, with the insurer reporting a 5.5 percentage improvement in its combined operating ratio (COR) to 106.3%, although this is still some way above the 100% break even threshold.

This improvement was largely driven by an improvement in the underlying loss ratio as claims “returned to historical levels after a challenging year in 2018”.

McMillan described the results as “pleasing” in his first annual report statement for the insurer, writing that the upturn in trading profitability had also allowed the insurer to reinvest in initiatives aimed at improving key disciplines within the business, as well as improving technological capabilities.

“2019 was a year of delivery and change for esure and it is pleasing to see the business making positive progress after a challenging 2018,” he wrote.

“Trading Profit of £68.0m and in-force policies of 2.38 million are good performances with positive underlying momentum as we move into 2020. A significant proportion of this profit was reinvested in the development of our strategy and initiatives delivering improved performance.”

These initiatives include the Brilliant Basics programme, aimed at “building world-class insurance fundamentals across pricing and underwriting, claims and customer service, underpinned by data and analytics” and the Strategy & Technology Blueprint, which is focused on “esure’s medium- to long-term ambitions to disrupt and transform the market through technology”.

The insurer’s latest annual report also revealed a much healthier solvency position than the 2018 results, with the insurer reporting a solvency coverage ratio of 149% (2018: 108%) following a turbulent time when its solvency position had suffered and fallen below its target level.

The position was restored by way of a reinsurance arrangement that reduced the amount of capital the insurer was required to hold, and included a loss portfolio transfer, quota share reinsurance and adverse development cover.

These new reinsurance arrangements resulted in esure’s solvency capital requirement falling by more than a quarter to £242.2m, with the insurer’s own funds increasing a little over 1% to £360.7m.

The impact of the coronavirus pandemic on the insurer’s solvency position was also noted by esure, with the business estimating the potential impact of a 100 basis point widening of credit spreads for investment grade corporate bonds combined with a 10% reduction in the valuation inputs of unquoted Infrastructure and Direct Lending funds to be equivalent to a 12 percentage point reduction in its solvency capital ratio.

Esure’s motor book was once again the biggest contributor to overall profit for the group, bringing in a trading profit of £63.5m for 2019, compared to just £15.2m for the previous year.

Home back in profit

The insurer’s home insurance business, meanwhile, returned to trading profit in 2019, bringing in £4.5m compared to a trading loss of £7.4m in 2018 as the insurer benefitted from more benign weather conditions. 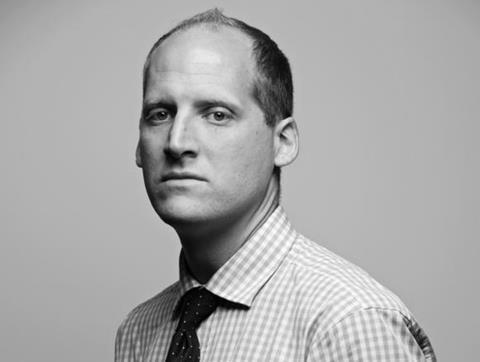