The group has seen losses of £111.6m but there has been significant improvement since 2017

David Ross, chief executive at Ardonagh, said that although 2018 has been “quite a noisy year,” there is always room for improvement.

During a group call with journalists this morning, he said: “I don’t think there is any business in the market that can say it is performing at full potential. And the day you can say that, you need to retire and let someone else takeover. That complacency does not exist in our business.”

This was following the announcement of the group’s full year results yesterday evening, which revealed an income growth of 26% to £295m and adjusted EBITDA margin improvement of 27.8%.

The group’s cash position is improving at an operating level putting it in a “strong position” for the coming year.

Amid shrinking losses, Ross said that 2018 was a “defining year” for the business as it spent three years discussing legacy and change problems.

“I think we are in the best financial health we have ever been in as a group, but 2019 is all about executing and closing off the final bits of the change problems,” he added.

Ardonagh Speciality grew by 10%, and its new business from Autonet and Carole Nash continues to expand, and it is integrating Swinton into this, with Payment Shield also growing. He cited the acquisition of Swinton which he acknowledged as “eye raising to the market,” but the group was quite thrilled with it.

Of the group’s disposal of its claims and commercial MGA businesses, he said this was unplanned “heavy lifting” and turned out to be a “win-win” for Ardonagh.

Ross said that although it was unplanned, it became clear that these were two parts of the business that did not fit. “We are really beginning to reap the benefits of a company that needed to be fixed,” he added.

Ross said his highlight of 2018 was rewarding his staff. He explained: “In 2018 we reached out to the staff and asked them to nominate each other for an awards process, it is really just about recognising the success of the group.

“The group company was never meant to have this bigger profile, because Carole Nash is a huge company in its own space and so is Price Forbes.

“The purpose of being a parent [company] is to be a parent but never an overbearing one, part of the balance where the staff can celebrate feeling part of the group without feeling like its something enormous has been something really hard for us to manage.”

He added that looking back to 2015, staff turnover in Towergate was not great, staff retention was a big challenge for the group.

“It became a bit of a joke that if you did not like the people you were working with you could wait a year and a half and they would all be gone,” he said.

He said that as a leader this is the task that he sets himself every day, finding ways to keep people instead of ways to trap them in an environment they do not want to be in.

Ross added: ”If you look at the Carole Nash deal. We bought Carole Nash from an insurer, usually brokers do not do well being owned by insurers.”

He said this was because brokers and insurers have to entirely different thought processes.

Giving Swinton as an example, he said it was “comparable to Carole Nash” as it was distribution business owned by an insurance company but this meant that it was no longer able to offer compelling rates to other insurers due to the element of competition – no other insurer wants to support a rival business.

He concluded: “Our position in the wider market is not to be underestimated. In a year of significant industry consolidation, we are proud to offer a credible alternative of scale to insurers and clients.”

What can brokers and insurers do to tackel dual pricing? 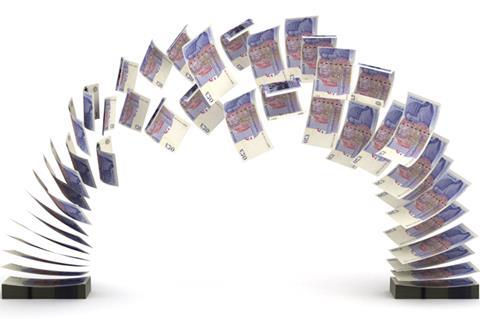