The number of bodily injury car insurance claims involving cyclists, pedestrians and motorcyclists has doubled over recent months, from 10% to 20%, according to insurer More Th>n.

It believes this upward trend is connected to the fact that more cyclists are now on the roads, as individuals seek to swerve public transport due to the ongoing coronavirus outbreak.

The insurer added that car accidents involving cyclists are likely to rise over the coming months – with lockdown restrictions increasingly being eased and car usage returning to more normal levels, roads will be busier with a mix of vehicle types.

With this in mind, More Th>n is urging drivers and cyclists to apply extra caution and ensure to leave each other enough space to avoid injury.

Gareth Davies, head of car insurance at More Th>n, said: “Bike sales have boomed during lockdown as Brits are looking to stay active and avoid public transport. But unfortunately, our data shows this has prompted an increase in car insurance claims for injured cyclists.

“As drivers, it’s really important to take extra precautions now that there are more cyclists on the road. Indicate clearly and give yourself and cyclists plenty of space to manoeuvre so that, if anything unexpected occurs, there is more margin for error.

“Junctions and blind corners are also hot spots when it comes to accidents with cyclists, so be extra careful and slow down when navigating these tricky turns.

“For cyclists, please wear a helmet and bright or reflective clothing – it could save your life. It is also important to use cycle lanes where possible and be extra wary of the cars around you, giving them plenty of space for overtaking where it is safe to do so.

“Cyclists undertaking or passing motorists on the left-hand side can also cause accidents, so try to avoid that as much as possible.”

More Th>n also said it is seeing more claims for bicycle theft - new cyclists should therefore check whether their bike is covered for loss or theft away from their home. Most home insurers offer this cover as an optional extra.

New cyclists should also invest in a good lock, mark their bike so that it is distinguishable and make sure they never leave it unsecured, advised the insurer. 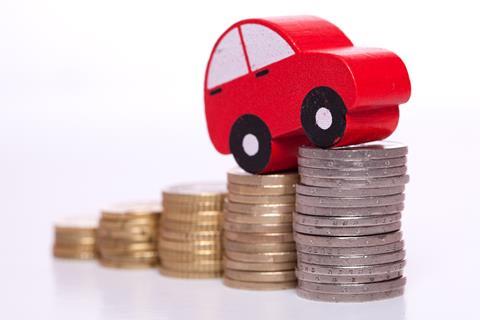