Davies Group wants to acquire a European business outside the UK and Ireland.

Davies chief executive Dan Saulter told Insurance Times that new investment from AIMCo would accelerate international growth. And he said acquiring a business from within the remaining 26 European Union countries was an aim for the group this year.

The group includes an Irish subsidiary, acquired in 2013, regulated by the Irish Central Bank.

Through this subsidiary, Saulter says Davies will be able to trade with the European market and complete acquisitions no matter the outcome of Brexit.

“Whatever the outcome of the government’s discussions with the rest of the EU we’re in a place where we already have a wholly-owned trading subsidiary regulated in Ireland,” Saulter said. “So in terms of access to markets, we can already access markets.

“But we want to go a stage further. We don’t just see opportunities to trade with the rest of Europe via Dublin, but also to win and acquire business in new EU countries.

“We see opportunities in a number of EU jurisdictions in years to come and it’s about helping our clients do more with Davies across a broader cross-section of the world.”

The group currently runs operations in Bermuda, the US and Canada, as well as the UK and Ireland, where Davies continues to generate most of its revenue.

Expanding into new jurisdictions is a key aim, but Saulter said the group would also remain focussed on its UK and Ireland markets. Since HGGC took it’s majority stake in Davies in January 2017, Davies has delivered more growth in the UK and Ireland than anywhere else.

And even if the Brexit outcome caused the UK economy to shrink, he said the country’s insurance market had proved itself resilient. Saulter said Davies Group still sees “fantastic growth” in the UK market.

“Like everyone else in the UK I’m interested in where things come out, but I think from our viewpoint we consider ourselves to be in a good place in terms of preparedness, in terms of trading with the rest of the EU through our Irish regulated business and in the UK through our established businesses.”

He said the claims sector as a whole was looking healthy, and that the long-term growth potential was evidenced by the recent investment. 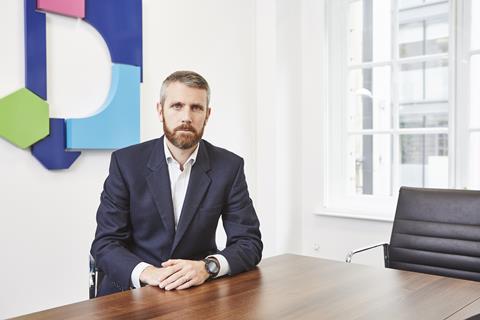