The three men who left a woman and a family of four for dead in a shop explosion have been found guilty of multiple murder charges.

They had sprayed 60 litres of petrol mixed with other flammable liquids all over the basement to fuel the blast.

The explosion and fire that followed killed five people, including Ali’s girlfriend Viktorija Ijevleva, 22, who had been part of the conspiracy to destroy the building.

In November 2018, a court heard that Ljevleva knew too much about the conspiracy, and was left for dead by the three men.

The other four victims were Mary Ragoobeer, her sons Shane and Sean, and Shane’s girlfriend Leah Reek. They were all in the flat above the supermarket on 25 February 2018 when the building exploded.

All three men were found guilty by a jury at Leicester Crown Court of murder, and were also convicted of conspiring together, with Ijevleva, to commit insurance fraud, in Hassan’s case, by a majority verdict.

Leicestershire Police detective chief inspector Michelle Keen, who led the investigation, said: “The people responsible for carrying out this financially-motivated atrocity will now feel the full weight of justice.

“Their crimes have caused unspeakable grief to the families of those killed and injured, and brought utter chaos and devastation to the many residents and businesses of Leicester’s Hinckley Road.

“I praise the community which responded so bravely, sensitively, and calmly to the horror of that night.

“I praise all the emergency services, hospital staff, paramedics, city council, and voluntary and other community groups who helped respond to the tragedy with such fortitude, conviction and professionalism.”

The investigation found that all four conspirators (including Ljevleva) had been planning the scma over month in advance, approaching brokers for cover, driving to the rear yard of the shop and moving the CCTV camera’s gaze away from the basement steps, and going to a branch of B&Q, Wilkinson’s and a petrol station to purchase smoke alarms, white spirit and unleaded petrol, respectively.

Arriving back in Leicester, the petrol was transferred to the shop. CCTV then shows a gloved hand move the angle of a camera at the rear of a neighbouring property.

DCI Keen said: “I believe this was done in order that the offenders could take the petrol straight down the basement steps without being seen.”

On the day of the explosion, the white Audi drove back to Leicester from Coventry, and shortly after lunch Ijevleva walked to the supermarket. She was in mobile phone contact with Ali, Hassan and Kurd who spent the afternoon in the city centre - putting the finishing touches to their plans.

DCI Keen said: “At some point in these discussions, it appears there was a disagreement between the three men. We suspect this was sparked by the suggestion that Viktorija should die in the explosion, partly because she knew too much, and partly to increase the share of the profits for the three men.”

With an hour to go before the explosion, Kurd re-joined Ijevleva in the shop, and Ali and Hassan were seen in the area of Hinckley Road, waiting for the cover of darkness.

Ali then approached the back of the shop at around 6:30pm, and by 7pm he had left the premises again, with the shutters to the store had been shut.

Minutes later, with Ijevleva now alone in the shop, and the Ragoobeers and Leah enjoying a Sunday night in the flat above, the petrol was ignited causing the explosion and fire.

DCI Keen praised her team in their will to bring justice for the innocent family who tragically died on that night.

“I praise my investigation team, whose determination to bring those responsible to justice was unstinting,” she said.

“And my heart goes out to the families and friends of all those who died and were injured in the blast and subsequent fire that night. I hope that they can take some small solace from the outcome of these judicial proceedings.”

Woman killed in explosion ‘knew too much’ about insurance plot, court hears 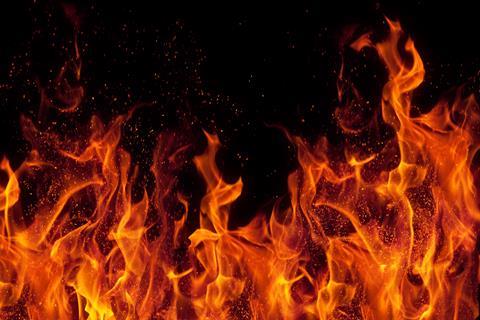