Woman killed in explosion 'knew too much' about insurance plot, court hears

Leicester shop explosion killed five people, but one woman was in on a £300,000 insurance plot

A woman who died in the Leicester shop explosion in February was left there to die as she “knew too much” about an insurance plot on the building, a court has heard.

The court was told that Viktorija Ljevleva, 22, was in on a £300,000 fire claim with her boyfriend and two other co-conspirators.

Five people died in the explosion at the Zabka shop in Leicester, including Mary Ragoobeer, 46, and her two sons Shane, 18 and Sean, 17. The last victim was Shane’s girlfriend, Leah Beth Reek, 18. All four of these victims were in the flat above the shop.

The court also heard that Hassan Ali and Ljevleva bought 26.6 litres of petrol the day before the blast.

David Herbert QC, for the prosecution, told the jurors: “It’s a lot of petrol and it couldn’t have been for the Audi [in which they were travelling] as that was a diesel vehicle.

CCTV footage from the petrol station showed a large white can shaped drum being filled with petrol. Then Herbert claimed an expert compared the drum to one that was found at the scene among the debris, and concluded that they were “one and the same.”

Mr Herbert said: “It’s an important part of the evidence, and the only credible explanation for the purchase of such a significant amount of petrol was to create the explosion that took place at the Zabka shop the following day.

”It was no accident that the petrol used caused so much damage - that was their intention.”

Ljevleva is alleged to be in on the insurance claim, having helped the defendants buy an insurance policy on the shop which was struggling financially.

Herbert said that the three men “thought she knew too much and decided to leave her to perish in the fire”.

All three defendants deny the allegations and the trial is expected to last around five weeks. 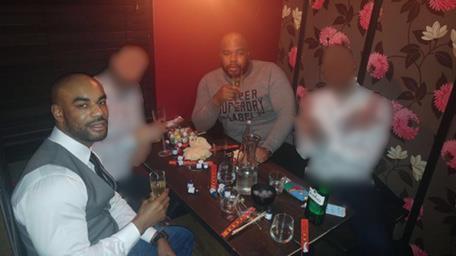