The insurer put it down to “human error” and has apologised

A former presenter for the BBC was left shocked to hear that his insurance company had sold his car to be scrapped in Poland.

Ashley Blake, 49, is a former presenter of Watchdog and BBC Midlands Today. He now works as a freelance presenter.

Blake was involved in a small accident in September last year when a neighbour slightly dented the door of his Saab 9-3 outside his home, The London Economic is reporting.

It was collected by Gemini Accident Repair, where it was written off at a cost of £1,650.

But the publication reports that when Blake went back to collect the car, he found that his insurer, esure, had sold the car to salvage company Copart and it was due to be shipped off to Poland to be broken down into parts.

“I still want it back,” he told TalkRadio. ”How on earth can anyone sell a car that doesn’t even belong to them? Its like my own insurance company has stolen my car.

“I’m totally devastated. It’s like losing a member of the family. This car holds a huge amount of sentimental value to me.”

Blake bought the car six years ago and has spent over £5,000 in maintenance.

Upon learning the vehicle’s fate, he offered to buy it back as scrap for £200 plus a £300 excess.

“I had been really keen to keep hold of it,” he said.

“Esure said it wasn’t a problem and when I asked to go and pick it up, they said ‘don’t worry Mr Blake, we’ll have the car delivered back to you by Gemini.’

“But then the garage told me the car was with a company called Copart who told me it had been sold on January 4.

“I was totally gobsmacked, how can you sell my car, it’s mine. I’ve got the paperwork, the logbook, everything except the keys.

“Esure said they weren’t able to trace the whereabouts of the car but told me this week it had been broken up for parts and is in Poland.

“To be told it’s been sold without my permission and that it’s been broken into bits is quite heart breaking because it was a cherished and beloved car.”

Blake was initially offered £100 in compensation, which he described as “adding insult to injury.” He was then offered an extra £400, but said that he had spent around £700 on in the month of September alone.

In an email sent to Mr Blake on Monday 21 January, esure said: “I’m sorry to say the salvage has been sold and transported to Poland to be broken into parts.

“It will not be possible for you to have it back. I understand you had already changed the cherished plate.

“Although we have met our obligations under the terms of your policy by paying the pre accident value, I know how disappointed you are, as we had agreed to let you have the salvage back and deducted this value from our settlement cheque.

“As I mentioned last week, we have sent a cheque to you for £300 which represents the £200 we deducted for the salvage, plus the £100 compensation we offered.

“When we spoke on Friday you said you considered the car to have been stolen by us, I can confirm this isn’t the case, we released the salvage for sale by mistake.

“I know this is not the outcome you wanted, and in recognition of what has happened I am arranging for a further cheque to be sent to you for £400 which brings the total amount of compensation awarded to £500.

“Whilst this doesn’t change what has happened to you, incidents like this are rare however we will make sure that lessons are learned.”

Esure’s new CEO could come from ‘outside the industry’ 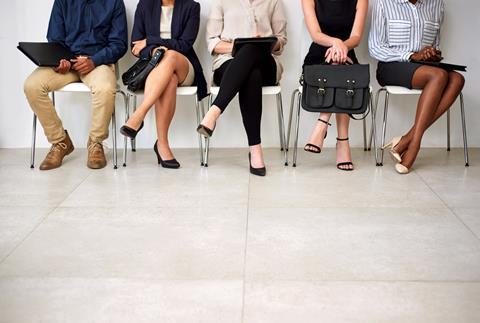