However, credit ratings agency predicts that in the longer term, retention will increase

The FCA’s proposals to tackle price walking – where existing customers pay higher home and motor insurance premiums compared to new customers – will lead to a reduction in short-term profitability at insurers while pricing systems are updated and premium rates for longstanding customers are slashed, according to US credit rating agency Fitch Ratings.

Although the agency believes insurers will suffer lower profits in 2021 and 2022 as a result of the FCA’s suggested mitigation measures, which Fitch Ratings predicts will come into force before the end of 2021, the firm also does “not expect long-term structurally weaker profitability as we think insurers will offset the price cuts for existing customers with price rises for newer customers”.

It continued: “The sector’s profitability is already weak, so it is not viable for insurers to significantly cut prices in one area without raising them in another.”

The FCA’s review of pricing practices, published last week, found that on average, customers who have been with their insurer for more than five years pay around £370 for motor insurance, compared to £285 for new customers. Existing buildings and contents insurance customers pay an average of £287 for their insurance, versus the £165 that is paid by new customers.

The regulator has proposed a range of measures to mitigate price walking, such as making it easier for customers to cancel the auto-renewal of their policy.

Fitch Ratings added that “the home insurance market will be more affected than the motor market because home insurance customers tend to stay with one provider, whereas price comparison websites have led to much more shopping around in the motor market. The average ratio of new to renewal business (as measured by gross written premiums) is about 20/80 for home insurers and about 50/50 for motor insurers”.

The firm continued: “The largest companies in the home insurance market tend to have the most profitable businesses and have relied for many years on auto-renewals, often with above-average annual price rises. If it becomes easier for customers to decline auto-renewals, these companies could lose business to smaller and more agile insurers offering lower prices. Insurers that use more granular data to price risk would be best-placed to benefit from the opportunity.

“Motor insurers have a lower reliance on auto-renewals and a narrower price gap between renewals and new contracts. However, the FCA will look closely at how insurers respond to its proposed measures on pricing practices and specifically at any increased sales of add-ons, such as breakdown cover, that may offer customers poor value for money. Add-ons are an important component of many motor insurers’ overall profitability.”

However, although financially damaging in the short-term, Fitch Ratings thinks that insurers will benefit in the long-term from better customer retention.

“We expect the new rules to eventually lead to higher retention rates for insurers. Customers who previously researched the best deal should start to find that renewal prices from their existing provider are no longer much higher than prices on offer to new customers elsewhere. Higher retention rates, with less customer turnover, would somewhat entrench insurers’ market positions, helping those with large market shares to maintain them,” it said. 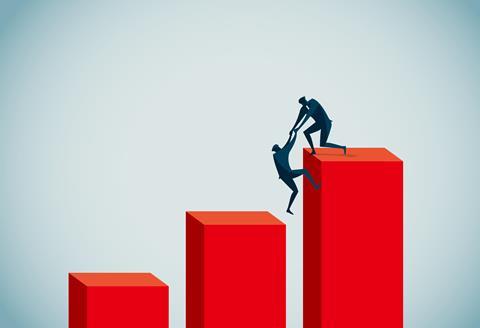 Read more…FCA pricing report benefits customers – but is there more to it?