The MoJ has released its second lot of quarterly data, which hints that ’some claimants are unable or reluctant to pursue their claims through the OIC’ portal

The Ministry of Justice (MoJ) has today (8 December 2021) published its second round of quarterly data from the Official Injury Claim (OIC) portal, covering the period between 1 September and 30 November 2021. 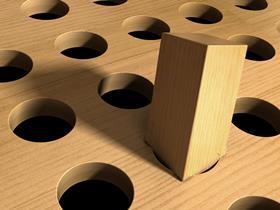 Read more…Briefing: Whiplash reform is not over yet, but will part two still be fit for purpose?

This revealed that 68,359 whiplash injury claims were started via the online portal, compared to just 45,718 in the first quarter of its operation - confirming early views that claim volumes through the portal appear to be low.

The OIC portal launched on 31 May 2021. It enables litigants in person (LiP) to progress their own whiplash injury claims online following a road traffic accident.

Factors that could have impacted the portal’s current low claims figures include the Covid-19 pandemic’s influence on driver behaviour, claims being uploaded by professional users rather than the claimants themselves and the fact that claims are still being made through the MoJ’s portal where appropriate.

Since the portal launched in May, there have been a total of 114,077 claims submitted.

In terms of the users making claims on the OIC portal, 46,760 were submitted by law firms and only 108 were via claims management companies.

Sue Brown, chair of the Motor Accident Solicitors Society (Mass), said: “This second set of data appears to confirm some of the early trends. Overall volumes of claims through [the] OIC [portal] still appear low.

“The number of unrepresented claims going through [the] OIC [portal] remains consistently low at only 9% of all claims.

”Whilst the fact that over 90% of claimants are able to find solicitors to represent them is of course good news, the low numbers of unrepresented claimants in conjunction with the overall low volumes of claims may suggest that some claimants are unable or reluctant to pursue their claims through the OIC [portal].”

Matthew Maxwell Scott, executive director of the Association of Consumer Support Organisations (ACSO), said: “These numbers do not support the view that this is a process that is fit for purpose.”

He explained that while much of the broader trend data is unremarkable, in part because the portal is still in its infancy, it is still becoming clearer that the “user friendly” portal promised by government ministers is, in fact, complex, legalistic and difficult for claimants to use without professional support.

“Unrepresented claimants remain fewer than one in 10 of the total and one in three of those then exit the portal because they find it too complex,” Maxwell Scott added.

The number of settlements made through the OIC portal between September and November totalled 3,468, compared to 3,904 overall since May.

Brown said: “Settlement numbers are still low, but are slowly rising. Settlements seem to be taking longer that would be expected where liability has been admitted in 82% of cases.

“We also have a number of questions around why claims are exiting [the] OIC [portal] and will be taking these up directly with Motor Insurers’ Bureau (MIB).”

Maxwell Scott additionally noted that 64% of claims during the latest reporting period were for mixed injuries - this refers to claims that include whiplash injuries covered by the portal’s tariff table, as well as non-tariff complaints, such as psychological injuries.

He continued: “That remains a high percentage and underlines the need for the judiciary to determine how mixed injuries will be treated under the new regime. We repeat our call for this issue to be dealt with as a matter of urgency to provide clarity for all injured people.

“Added to this is that there’s been a significant, month-on-month increase in the number of litigants in person asking the portal support centre for help, while calls from professional representatives have dropped sharply.

”This suggests that while professionals are getting used to using the portal, LiPs simply are not. This may be a good time for ministers to revisit the 68-page portal user guide, which I described as ‘legal treacle’ when it was published earlier this year.

“If [LiPs] do proceed to court, the evidence is that they take up more court time because they need to learn as they litigate. The civil courts are required to assist in some cases, which could take longer to complete, adding to already unacceptable delays.”