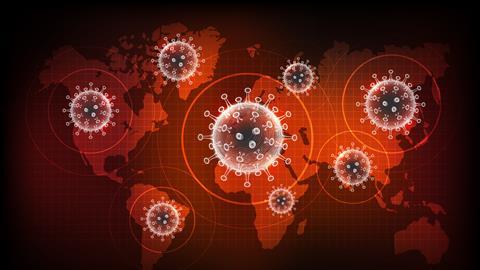 Insurers can potentially thwart first party business interruption (BI) claims using the wide area damage test, which cites that regardless of common coverage triggers such as denial of access or vicinity, businesses would have been broadly impacted by the Covid-19 crisis anyway, whether they had the ability to function as normal or not.

Mike Russell, head of non-specialty claims, UK and Ireland at Marsh, explained: “The wide area damage test, or the ‘but for’ test as its often known, has got a lot of press over the years.

“Will this principle reduce or extinguish Covid-19 claims recovery on the basis that businesses would have been affected regardless of the occurrence at the premises or within that vicinity?”

Russell said that the wide area damage test first gained notoriety during the Orient Express Hotels v Assicurazioni Generali case in 2010. In this instance, the hotel submitted a claim after its premises was damaged during Hurricane Katrina, however the insurer rejected this, stating that regardless of whether the hotel was damaged or not, it would still have been unable to trade because of the large scale evacuation of the area and the state-wide decimation.

The case went through the courts – the insurer won the argument and although the policyholder appealed this decision, the ruling was maintained. Despite this, the hotel was given further leave to appeal the decision. In the end, the parties made an out of court settlement, meaning that the insurance sector never gleaned a definitive answer.

This was one insight discussed during the Covid-19: First Party Claims Considerations webinar, hosted by Marsh on 5 May 2020.

During the webinar, Marsh revealed that it is currently involved in around 9,000 to 10,000 of its clients’ claims linked to the coronavirus pandemic, and that 70% of these refer to business interruption losses.

The firm added that it is seeing, or expects to see, claims regarding event cancellation and postponement, travel cancellation and unforeseen expenses – such as lengthened hotel stays – business interruption (property damage and non-damage), linked to forced closures, denial of access and infectious diseases triggers, casualty and liability, trade credit and lastly, directors and officers (D&O), where managers are exposed for failing to respond to the crisis appropriately.

Rob Powell, chief claims officer at Marsh JLT Specialty and International, noted that event organisers in particular face the dilemma of whether to cancel future events currently scheduled for the summer or autumn. They also need to consider when to cancel these events in order to mitigate potential financial losses.

“Covid-19 certainly may have the potential to be up there as one of the largest, or even the largest, insured event of all time,” Powell said. “There is a good deal of press and social media globally on how insurance is responding or likely to respond, and [clients] are looking to insurers for certainty on how their product works. Let’s of course remember that this is a career-defining moment perhaps for the insurance buyer.

“Retention rates will be linked to how we all perform as an insurance market, as a partnership, all of us together, in this pandemic. How we respond will be a testament to how the entire distribution chain works in practice. It is perhaps to be seen as an opportunity to deliver.”

Other potential claims challenges addressed in the webinar include whether certain sub-limits can be stacked.

“And that can be quite important because for some clients, they have premises and businesses across multiple jurisdictions and we know if we look at one of those triggers, government lockdown, that lockdown’s occurred in Italy, Spain, France and the UK, to name but a few, all at different times and as a result of different independent governments issuing different legislation, so it could well be that people begin to look at multiple limit claims around different triggers.”

Russell added that vicinity is a further consideration for non-damage BI claims, regarding prevention of access and infectious disease.

“The wordings can vary typically from one mile to 50 miles, or a very broad definition of an area that’s likely to affect or impact the premises,” he said. “The main issue perhaps to consider though is whether the reason for business closure is due to Covid existing within that geographical circle, regardless of how small or how wide that’s drawn, or alternatively, as insurers are beginning to suggest, it’s a result of a global pandemic and government action to halt the spread of the disease, regardless of whether or not it was within or outside the actual local circle.

“Probably worth bearing in mind though that 25 miles, which is a very common wording, produces a 50 miles circumference, which would certainly be enough to encircle Greater London and its population of nine million people. So, if a matter does come before the courts, they’ll have to consider very carefully the geographical area and whether that truly can be interpreted as wanting to provide very localised cover or trigger, or something much wider.”

This has been a particular issue at Bure Valley Railway, which had its BI claim rejected by MS Amlin over this discussion of vicinity.

Across the pond, US policyholders are activating the damage trigger of their BI policies by claiming that coronavirus has physically damaged their premises by its presence on hard surfaces.

Russell said that this is not something that can be mirrored in the UK, however.

“In the US, there’s case law that talks about the presence of a contaminate constituting property damage,” he says. ”As a result, many US insurers over the years have put various other exclusions into their policies around virus and other contaminates.

“In the UK, the position is slightly different. In the UK, it appears when we look at the case law that to constitute damage, there needs to be some form of molecular change to occur in order to actually trigger the damage test.”

Russell further acknowledged that insurance policies are constantly coming into question as insureds try and analyse what they are, and are not, insured for.

“There’s a lot of coverage issues being encountered as a result of the Covid-19 situation. It’s unprecedented in terms of what we’ve seen and despite many weeks into the crisis, the coverage still remains uncertain for the majority of clients,” he added.

“In the main, that’s because insurers are taking their time to investigate all angles prior to advancing a view.”