‘No one has grasped the enormity of this!’ 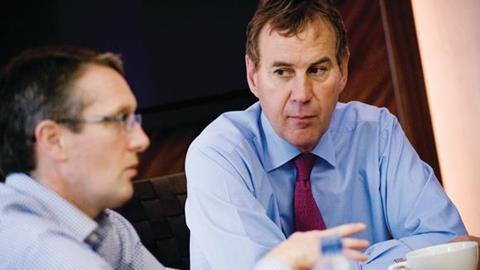 Towergate has an unerring ability to surprise, and its £276m acquisition of Open International at the end of last month was no exception.

Not since AXA first set out its stall as a broker consolidator with its simultaneous acquisitions of Stuart Alexander and Layton Blackham has a deal provoked so much discussion –- and such diverse reaction.

In the immediate aftermath of the acquisition, the market was divided. Some brokers on the Open GI software platform feared that their confidential business data could be accessed by Towergate – fears that were swiftly dismissed.

Others, mainly insurers, hailed it as an audacious strategic move with the potential for far-reaching implications for the industry.

The question the industry was asking, as it digested the deal, was: “What is Towergate’s strategy?”

Initial details were sketchy. There were the obvious goals of e-commerce development and leveraging the distribution potential of Open International’s Countrywide Network and the Open GI software platform. But the finer detail had yet to be described.

In the eerily quiet office at the edge of the Square Mile, Bell and Homer outline how the acquisitions slot into Towergate’s strategic plans.

Bell appears to be the most excited about the deal – not surprising given Open International’s sale price was £94m more than he and his backers paid for the business in their management buy-out from Misys last year.

During the hour-long discussion he talks eagerly about electronic trading in commercial lines, which he says is at the heart of the deal.

In contrast, Homer is more reserved, leaving Bell to answer many of the questions and interjecting only occasionally.

What was Towergate’s rationale for the deal?

Looking back, the acquisition seems almost inevitable. Towergate had been interested in the Coutrywide Network for a number of years.

Cullum’s previous efforts were invariably about the distribution potential for Towergate through ownership of a network. But this latest, successful, attempt is about more than just that, as evidenced by the fact that the acquisition includes not only a network but technology platforms.

Homer confirms this, but says it was also about improving the efficiency of Towergate’s distribution channels.

“We looked at how the market was developing in terms of networks and commercial EDI. We were interested in a relationship with Countrywide to develop Towergate products.

“We have to find a way of developing cost efficient distribution. We don’t see the lead coming from the manufacturers [the insurers]. It helps us to write more business and supports our distribution aims,” says Homer prosaically.

Bell, in contrast, is expansive. “The deal was about changing the market. The synergies between Towergate and Open International are immense. Towergate was a great move. It will change the market in commercial EDI.”

He says selling to Towergate was not just about money. “We could have sold the business to a number of parties. We had interest from other private equity groups, but that would have been just a money transaction.”

Bell continues: “I don’t think people appreciated how ground-breaking the deal is. Some people didn’t get it. Some thought it was about customer records, which is missing the point.

“People have not grasped the enormity [of it],” he adds.

Bell says the deal is about commercial lines e-commerce. He claims boldly that the wider impact of it would be to change the market and revolutionise the electronic trading of commercial lines business.

The plan is to launch a raft of electronically-traded commercial lines products, through a new trading platform. It will be initially for Countrywide Network members and later for the wider Open GI broker community.

The products will not be limited to Towergate’s products, although it aims to be the first in – “to get commercial advantage,” says Homer.

The trading platform, called Open Trader, is currently in the pilot phase and will be rolled out to the market in the next four to six months.

Stage one will begin with Countrywide Network members. “We have a closer relationship with these brokers. These are right in the sweet spot of several products that will be available from Towergate and other insurers,” says Bell.

The second stage of Open Trader’s roll-out will be to extend it to the rest of Open GI’s broker community. Bell says take-up will driven by “supply and demand”.

“Brokers will take it up as they see fit,” he adds.

Why is it such a pivotal move?

Bell’s argument is that it will encourage insurers, who want to trade with the Countrywide Network and brokers using Open GI to develop electronically traded products.

Next year it is expected that 60%–70% of Towergate’s commercial lines transactions will be electronic.

According to Bell, there is £17bn of premium that is not electronically traded.

Is it Towergate’s aim to challenge Imarket?

Homer says not, as Open Trader is different to Imarket. “There will always be brokers who want to access whole-market quotations. Imarket can do this.”

Open Trader will enable brokers to transact business online with a single insurer, not the whole market as Imarket does.

One of the initial concerns voiced by some brokers following the acquisition was whether software platform Open GI could remain independent of Towergate.

There were concerns about the confidentiality of brokers’ business data held by Open GI. Bell says there were “valid concerns” but stresses “there are no issues” around it.

Some brokers said they were uncomfortable about using a software platform owned by a rival broking group.

There was the question about whether Towergate would end its relationship with other software houses.

Homer insists that Towergate’s relationship with Open GI will remain at “arm’s length” and that it will continue to do business with other technology providers.

“We are about to conclude a deal with Acturis. Open GI put in a tender, but did not succeed,” he says, adding: “Open GI will have to compete for [Towergate] business with other providers.”

Does Homer think that other major consolidators will follow suit and buy a technology provider?

“Few could do it; few understand MGAs [managed general agencies]. AXA could, as it understands the underwriting process.”