Offshore and unrated: the insurers operating outside of the FSA

When the supplier failure market was reduced to one player, Saint Kitts and Nevis’s Northern & Western jumped in to fill the gap. Its financial history may be checkered, but should buyers beware or is any criticism just sour grapes? 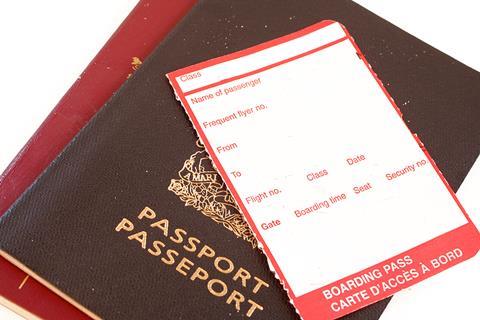 The use of unrated overseas carriers has been thrown back into the spotlight by the aggressive entry of Icelandic insurer Eric into the UK solicitors’ professional indemnity market.

But Eric is not alone. Wherever coverage is difficult to find, unrated carriers enter the fray.

Take supplier failure insurance. This product protects travel agents against the cost of rearranging flights, accommodation or other services if the supplier of those services goes bust. It has come to the fore in the last two years, following a number of high-profile failures in the airline and travel business.

Fortunately for travel agents and their insurance brokers, a newcomer to the market, Northern & Western Insurance Company (NWIC), was able to pick up where AmTrust left off.

But, unlike AmTrust, which had been operating in the UK since 1975 as IGI, NWIC is based in the West Indian island nation of Saint Kitts and Nevis, is unrated, not registered in the UK or Europe, and has questionable financial strength.

Northern & Western was set up by Devon Harrison in June 2000. But it has only been underwriting third-party business since January 2007, having previously been a captive insurer. The company redomiciled to Nevis in 2005 from its previous home in the Turks and Caicos Islands.

Northern & Western’s debut in the standalone insurance market was inauspicious. The company’s actuary, Pinnacle Actuarial Resources, estimated that ultimate losses for the 2007 and 2008 underwriting years were between $4.448m (£2.842m) and $6.665m, yet the reserves covering the losses ranged from $1.975m to $2.941m.

But because of the new nature of NWIC’s book, Pinnacle wasn’t able to estimate the ultimate losses from the behaviour of the insurance contracts themselves.

In addition to their duty of care, brokers need to provide three key pieces of information to clients when doing business with overseas insurers to ensure clients are given sufficient information to make an informed choice:

Attempts to bolster NWIC’s capital base have been ill-fated. The 2008 accounts detail a legal dispute with Joseph Fund Inc. NWIC says it entered a joint venture agreement on 31 October 2007, under which Joseph Fund would contribute €1bn (£868,000) to NWIC’s capital and surplus by assigning funds held at ABN Amro Bank in Amsterdam until 31 December 2013. In return, Joseph Fund would receive half the company’s annual net profit.
NWIC paid an advance of $1.5m to Joseph Fund after the deal was struck and a further $1.25m in 2008.

But NWIC then took legal action against Joseph Fund for breach of the joint venture agreement and to recover the $2.75m it had paid. It received a partial settlement of $400,000 in 2009.

In a further attempt to boost capital in 2009, the company attracted investment from two US-based companies: Liberty Resources and American Amex Inc. It issued 600 million preference shares to each firm, in return for ‘gold reserve notes’ with a face value of $600m from each company.

Despite the face value of the notes, the company has given the Liberty Resources note a cash value of $10m as a result of being able to secure a credit line against it, and the American Amex note a cash value of $34.4m based on independent reports and the current price of metals. The value of these notes made up the bulk of the $40.7m shareholders’ equity reported by the company in unaudited accounts for the period to 31 October 2009.

However, the $10m credit line backed by the Liberty note was put on hold pending submission of the 2008 accounts and a letter of good standing from the Nevis financial services authorities.

Auditor HW Fisher said in the 2008 accounts that the 2008 $8.8m deficit position and $5.6m loss, coupled with the status of the $10m credit facility, “indicate the existence of a material uncertainty, because the company’s credit facility is on hold, pending compliance issues, which may cast significant doubt about the company’s ability to meet an immediate substantial claim provided within the company’s provision for claims and continue as a going concern”.

On its old website, still up in July 2011, NWIC claimed that it had €1.5bn of capital and surplus - a claim that still appears on the website of underwriting agency Opera Underwriting, which offers supplier failure insurance underwritten by NWIC. NWIC’s new website omits this claim.

NWIC itself has declined to comment on its current financial position. Insurance Times has requested more up-to-date financial statements from NWIC, but the company’s operations manager, Thomas Roe, told us: “We don’t send [our latest report and accounts] out unless it is to our customers. We surely don’t send it out to journalists.”

Brokers working with the company declined to share accounts, and requests to Gibraltar Trust, NWIC’s managing agent, did not receive a response.

But some argue that the 2008 and partial 2009 accounts seen by Insurance Times are not a fair representation of the company’s state today. “We’ve looked at the signed-off accounts and they are in pretty good shape,” says travel insurance broker Rock Insurance’s managing director, Antony Martin, adding that his opinions are based on the audited full-year 2009 accounts, which “read much better” than for previous years.

He adds: “Because we are a supplier [to NWIC], we have other information that we have been provided for our due diligence. We have seen details over and above the financial statements, but I am not prepared to comment on them.”

Furthermore, brokers report that they have had no problems in securing claims payment from NWIC. “They are not a UK-based insurer, but we get good service from them,” Martin says. “We have had a number of claims that had to be paid and they have been paid. That is the true test of a market.”

Advantage Financial Services broking assistant Andrew Donnelly, who handles his company’s supplier failure product, adds: “We have submitted claims and they have been paid.”

Martin at Rock says NWIC is becoming increasingly popular in the UK supplier failure market. “There are some pretty serious people out there looking at them and using them,” he says. He adds that any criticism of NWIC in the industry is likely down to sour grapes. “Some people just don’t like new people coming into the market. That’s a shame, because I think competition is healthy,” he says.

Who else is out there?

Yet NWIC’s popularity among travel agents could be more to do with the lack of capacity, coupled with growing demand. Brokers report that, given the number of recent supplier failures, travel agents are becoming more interested in the product. And pending reforms to ATOL’s financial protection scheme for holidaymakers, which more clearly define travel agents’ liability, are expected to increase demand when they come into force in 2012.

Advantage’s Donnelly says that his company has the option to use IPP or NWIC for its supplier failure offering, but adds that most policyholders plump for the NWIC option. This is despite the fact that the IPP product is underwritten by rated, UK-based carriers that are in turn backed by a panel of reinsurers including Zurich, Atradius Re and Hannover Re.

He says that as an offshore, unrated carrier NWIC is “not the most ideal option”, but he adds: “IPP provides a more limited cover compared with AmTrust, and Northern & Western provided a little bit broader cover. The cover being more similar to what people are familiar with outweighs the risk of NWIC being offshore.”

When asked how he makes clients comfortable with using an offshore, unrated carrier he says: “It’s not so much about comfort as it is that they are the only shop in town.”

While NWIC has paid its supplier failure claims to date, it does not have a 100% satisfaction record with brokers. On 26 May this year, the UK court ordered NWIC to pay construction firm Crown Aluminium £187,268 in damages plus interest and costs after NWIC refused to pay claims under three trade credit supplier guarantees it had issued to Crown.

Crown also named the broker that placed the business with NWIC, Cambridge Risk Advisors Ltd, as a co-defendant in the suit, although the judge dismissed the case against Cambridge. Even so, the case left a bad taste in the mouth of Cambridge managing director Christopher Beattie (see ‘A broker’s tale’, below).

It is unlikely that the supplier failure business will see an influx of new players soon. Despite rumours of new entrants, the market remains unpopular with insurers. Whether the industry likes it or not, it appears NWIC is here to stay.

“I thought they were fairly reasonable people. We did a few surety bonds with them,” he said.

But then his firm was named as a co-defendant when NWIC refused to pay a claim under Crown’s trade credit supplier guarantees. NWIC representatives were not present for the case.

“I was really pissed off that they didn’t turn up in court and I had to stand there and take the flak,” he said.

Beattie added: “We recommended that the claims should be paid. They said to us in writing that they would pay it, and they didn’t.”

When asked if he would do business with the company again, he replied tartly: “Not after this business.”