Having just celebrated its 30th year, Seventeen Group is full of vigour. Acquisitions had to take a back seat during the economic downturn, but its leaders reveal that the business is now back on the prowl for brokers and staff 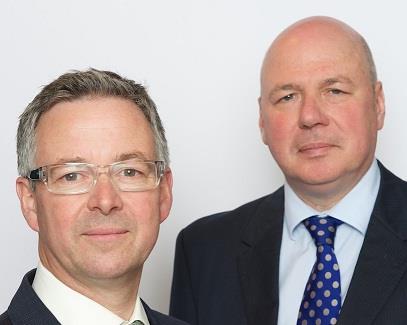 Forget the Queen’s Diamond Jubilee. At Seventeen Group’s offices in the City, there’s another far more important celebration going on. The broking and managing general agency specialist has just celebrated 30 years of trading, during which time it has survived four recessions.

It’s become a bit of a cliché for insurers to label brokers as survivors and entrepreneurs, but this certainly rings true for Seventeen Group. It began as a motor underwriter but has evolved into a multi-faceted broker and financial services group, a fascinating journey that chief executive Paul Turner and managing director Paul Anscombe are keen to talk about.

The two sit opposite each other for today’s interview, and if ever there was a case of chalk and cheese, this is it. Turner is all English gentleman: well spoken, smart and polite. He’s proud to carry the torch for the business his father started in 1982. Anscombe is the stocky, streetwise and quick-witted Londoner, running day-to-day operations. He started out as a stockbroker, moved into insurance broking and worked his way up the rungs, becoming a high-profile director at several brokers before finally landing the managing director role at the company in 2004.

Despite the differences in appearance, the two are united in their cause to keep Seventeen Group running smoothly in these tough economic times. “I’ve got a mixed view on recessions,” says Turner, “because there are opportunities out there as well. The reality is that we have a tiny share of the market. Other people will contract and reduce their service. We’re always looking at our servicing so, within specialist markets particularly, we can grow quickly.”

To understand Turner’s optimism, you have to look at the company’s history, which has constantly evolved with the times. The business was started by Turner’s father, Alan, as a motor underwriter, Sabre Motor Policies, along with a broking division, James Hallam. Sabre grew steadily and, with private equity backing, was sold to General Accident in 1996. Today it is one of the highest performing motor insurers, run by industry grandee Keith Morris. The Sabre sale was a watershed moment for the company, and gave James Hallam the funds to embark on a programme of acquisitions. Between 2001 and 2007, the company brought eight brokers, formed an underwriting agency and acquired a risk management business.

Anscombe says it was an era of do or die - if you didn’t grow, you’d become a target yourself or whither away. He admits mistakes were made along the way by everyone, during a time when debt-funded acquisitions resulted in broker bosses being paid what would now be considered over the odds for their businesses.

“There was very much a feeling that you had to sink or swim; and to swim you had to go forward,” he says. “You had the origins of Towergate and the consolidator model starting, and a generation of vendors hitting the right sort of age. We’ll look back at that time as critical because certainly the number of brokers has gone downwards, and now it’s a question of how far downwards.”

Seventeen Group, like other brokers in the post-financial crisis world, eased up on acquisitions and has not made a move since 2009. But now it is on the hunt for brokers and staff. “There are a lot of brokers out there looking for an independent broker home,” says Turner. “In the last six months we’ve had more interest than ever from individuals being referred to us.

“We’re certainly continuing to look for complementary acquisitions, but our business model is not based around the need to feed the business through acquisition. And equally we are very interested in bringing in complementary people.”

We can’t ignore regulation. We have to live it and make it work for us. It’s a threat and an opportunity”

If Turner and Anscombe do make another acquisition, it will add to an already well-diversified group. The core of the group is James Hallam, a broker for SMEs and larger international organisations; James Hallam Financial Services provides employee benefits; 4sight provides risk management; and there is an Allianz-backed MGA, Touchstone. There are also direct online brands, such as Gauntlet offering hotel insurance and Yesquote supplying SME products.

Seventeen Group is a model for UK brokers - focused on its specialisms through a variety of distribution channels. The duo are confident and cool-headed when it comes to their firm’s prospects. So does anything ruffle them? When Insurance Times asks Turner about his low points, Anscombe intervenes: “Alcoholism, drug addiction …” Turner smiles, and replies: “Very kind of you to repeat them on my behalf, Paul.” There’s a good chemistry between the two, and it shows today.

There are a couple of subjects, however, that touch a nerve, such as the burden of regulation, which Turner says is “massive”. Anscombe adds: “We can’t ignore it. We have to live it and make it work for us. It’s a threat and an opportunity.”

Anscombe is also cynical over insurer claims that they’re empowering regional underwriters to get closer to brokers and improve service. “We’ve heard it all before,” he says. “It goes in cycles. They go from centralised to decentralised and more accountability. It goes with the tide. We run our business.”

For Insurance Times to dwell on the negatives would be out of kilter with the duo’s optimism. When asked about his vision for the future, Turner perks up. He wants to double turnover and brokerage, which could be achieved on organic growth alone within the next five years. “We’ve put together a five-year plan on a rolling basis and it looks extremely exciting,” he says.

The interview is coming to an end, but Insurance Times has to ask one more question: why is the company now called Seventeen Group? Turner says he was born on the 17th of the month, along with his sister, brother, mother and father.

This rebrand a couple of years ago is a nice touch, showing that the group hasn’t forgotten its roots as a family-founded business. And if the next 30 years are anything like the past, it’s a name that will be around for a long time to come.