An 85.56% increase in insurance premiums on homes owned by Kensington and Chelsea Council could be passed down to leaseholders following last year’s Grenfell Tower fire tragedy

An 85.56% increase in insurance premiums on homes owned by Kensington and Chelsea Council could be passed down to leaseholders following last year’s Grenfell Tower fire tragedy.

The losses incurred by insurer Ocaso S.A, along with the unanticipated costs brought to light by the tragedy see the premium rise from £796,500 last year to over £1.5m this year.

The council is now asking whether it is fair to pass on the increased cost to leaseholders of the council’s homes and will refer itself to a voluntary property tribunal to answer this question. Leaseholders will be able to have their say throughout this process and be provided with information on how to get involved. Each leaseholder’s price rise will depend on the number of bedrooms in their property.

A report from Ray Chitty, the council’s head of insurance, at this month’s housing and property scrutiny committee meeting, said: “Ocaso will see a significant and unprecedented loss in the 2017/18 policy year due to the Grenfell Tower fire and the leasehold units that were part of the tower. This has therefore caused a major deterioration in the claims costs for the policy and inevitably results in an increase to the 2018/19 premium being charged by the insurers.”

The disaster and the losses taken by Ocaso accounted for 40.41% of the price increase according to the report, with a further 31.99% of the premium increase due to the unanticipated costs that would result from another fire. These include the costs of finding alternative accommodation, the complex demolition and site clearance costs.

There was an added 13.6% increase due to the general increase in leaseholder building insurance throughout central London. This is down to a range of factors, such as adverse weather conditions, the cost of home repairs and like-for-like alternative accommodation continuing to increase, and an increase in Insurance Premium Tax from 6% to 12% over the last two years.

The council’s brokers have advised that re-tendering the policy now to get a better price would most likely lead to higher costs due to last year’s tragedy, a general increase in the overall value of claims made by the council’s leaseholders in recent years and current market conditions.

However, in the report from Chitty, it says that the council still hope to be in a position to re-tender the contract later this year. 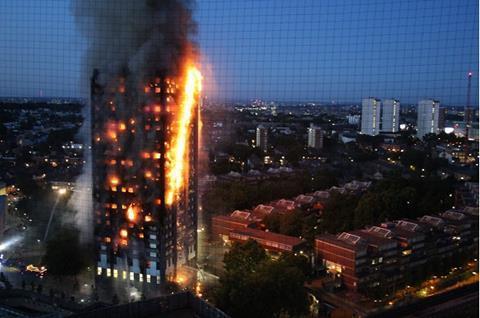