Covid-19 has amplified the existing problems in the construction professional indemnity market such as rising premiums, Mactavish offers a solution

As the construction industry emerges from lockdown professional indemnity (PI) insurance premiums are likely to rise further in the next few months which could put many firms out of business.

Compliance firm – Mactavish is therefore calling on construction firms to consider Written Lines Tenders (WLT) when purchasing insurance for those that are not being offered financially viable options.

This would boost competition as well as a simple focus on both policy reliability and cost.

This approach means that no matter how much the broker stands to make from placing the risk with a carrier initially construction firms the best possible cover is still received.

WLTs are competitive bids in which two or more brokers are run against each other, but each has their own preferred insurers and solutions.

Bruce Hepburn, chief executive at Mactavish said “Policyholders don’t need to accept either price hikes or poor broker representation. We encourage all our clients to think carefully about how they market and present their risks as, even in a hard market, this can make all the difference.”

Mactavish ran WLTs for clients in the past and saved clients 20-50% against broker estimates alongside improving policy wording.

In addition to this, there are also growing coverage restrictions in the market.

Hepburn, added: “Many construction firms only use one broker to secure their insurance cover, but as highlighted in our recent Broker Conflicts Report, up to 78% of some brokers’ income is derived from insurers, rather than insurance buyers - and much of this is linked to premiums.

“This means that there is less incentive for brokers to work harder to acquire construction PI coverage at lower rates. As PI coverage becomes more expensive, causing hard-pressed construction margins to decrease, some brokers may in fact increase their profits.”

For over ten years construction PI has benefited from the soft insurance market.

This is because rates consistently decreased or remained stable.

But since 2018 there has been a dramatic rise in premium rates and less cover available.

Although this has been “supercharged” by Covid-19, it was already happening prior to this.

This is firstly because of the Grenfell Tower fire in June 2017 which led to a flood of claims and meant insurers became more cautious about risks such as cladding, leading them to introduce new policy exclusions and high premiums.

This meant that syndicates were asked to identify the worst performing 10% of their business, and once identified aggregable plans for improvement had to be submitted by the syndicate. If not. business lines were automatically placed into run-off.

According to a 2017 report by Lloyd’s on Decile 10 reviews – non-US PI was the second worst performing class of business. Over half (62%) of syndicates recorded an aggregate loss on their non-US PI portfolio over the previous six years.

These two factors mean that capacity in the construction PI sector has “roughly halved over the past 18 months” as insurers refuse to underwrite these risks according to Gallagher.

But even prior to the pandemic, this capacity restriction was already at play, in January research by the the Civil Engineering Contractors’ Association (CECA) found that 92% of contractors experienced substantially increased PI premiums.

And it revealed that more than 70% have seen their PI insurance costs rise at least 20% at their last renewal, and costs more than doubled for 22%.

Meanwhile, the scope of cover is reduced via lower limits, higher deductibles and new or wider policy exclusions were introduced.

The price hikes are now being provoked even further by the Covid-19 pandemic with a deluge of business interruption and damage losses affecting insurers portfolios.

Mactavish believes that this loss of capital and revenue on top of historic losses could inevitably mean increased underwriting scrutiny.

And if insurers should take on construction PI risks it will be pricey and incur restrictions especially as Lloyds is retaining Decile 10 reviews for 2020. 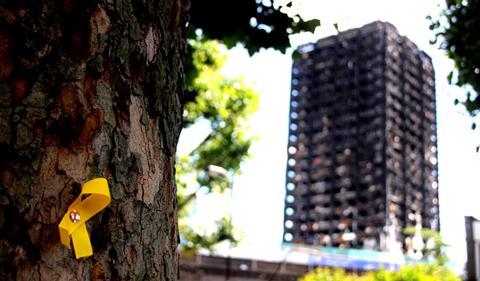