Mactavish warns that ‘premiums are rising dramatically’ due to hardening market

In addition, the firm believes there has been a ‘considerable erosion in the quality and extent of the insurance cover offered to policyholders’, which may not have been flagged by brokers

The firm’s chief executive Bruce Hepburn explained that the industry’s previously price-centric approach led to premiums being too low and the quality of cover being slashed. Now that the market is hardening, he believes that “premiums are rising dramatically as insurers seek to make up lost ground quickly”.

Mactavish noted that insurance premiums for commercial policyholders are increasing between 34% and 800%. Lines that have been particularly affected here include “crime, professional indemnity, pension trustees’ liability and directors’ and officers’ insurance”.

“Some industries have suffered much more than others. Firms in the construction, energy, food and beverage, travel, manufacturing and waste sectors will be experiencing particularly challenging renewals,” it said. 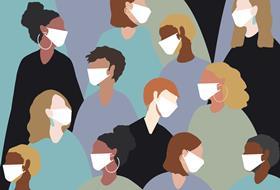 Predicting continuing rate hikes for 2021, the firm added that “some companies will be unable to pay for their cover, meaning they will be forced to reduce operations, lay-off employees or even go into administration”.

Hepburn continued: “For years, the insurance industry has sold its cover on the basis of price as opposed to quality and this has pushed premiums down, when in many cases they should have been higher.

“The insurance market is hardening now and premiums are rising dramatically as insurers seek to make up lost ground quickly.

“The timing couldn’t be worse for firms that are still being battered by the economic fallout from the pandemic. For some businesses, these unexpected cost increases could be the final nail in the coffin.”

Mactavish added that “as insurers look to protect their reserves and minimise claims payments”, it has also noted a “considerable erosion in the quality and extent of the insurance cover offered to policyholders. This is often buried in T&Cs without being flagged by either insurers or brokers, meaning that policyholders may not be aware of their increased exposure”.

Furthermore, the Covid-19 pandemic has led to an increase in new risks, mainly associated with cyber crime and remote working.

Hepburn added: “Aside from playing a role in pushing price increases, Covid-19 has also exacerbated many risk areas.

“As just one example, there has been a marked increase in cyber crime as employees moved to home-based working. This creates a double whammy effect where policyholders need to buy more insurance at precisely the moment that prices are spiking.”