The Knowledge: Claims excellence – The People

Find out what four industry players have to say about claims 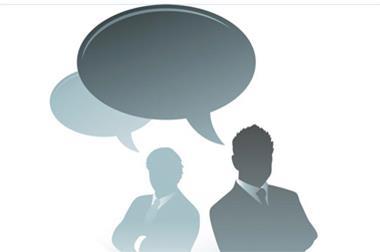 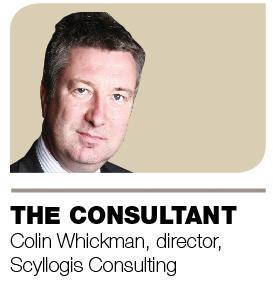 to understand the full story behind a claim and identify claims leakage.

“For example, someone goes into a store and slips and breaks an arm. The structured information will be ‘cause of loss: slip and fall’. But on the claim form the claimant may give other useful information, such as that they didn’t see the yellow warning triangle.

“A lot of indicators of fraud are potentially in unstructured data. Text analytics can also help you spot whether the claim has been inflated and the benefits are tangible.

“Analytics can also help determine the optimum point in settling a claim, and the indictors that will tell you are typically found in unstructured data.” 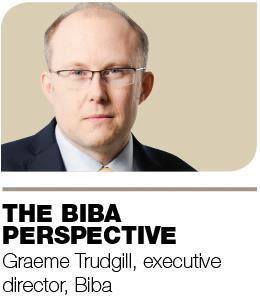 “Everybody across the industry is supportive of the claims working group, which was set up in 2013 by Biba, the ABI, CILA, brokers, insurers etc.

The group is engaging with the FCA, which is talking about its thematic review, and the Law Commission and Financial Services Consumer Panel as well.

“The aim of the working group is to enhance the customers’ experience and ensure that they have an understanding of the claims process and the role of the insurance industry in meeting claims.

“We identified early on that the bad press [the industry gets] is often a result of repudiations, so we wanted to find out why these repudiations were occurring. Then we can do something about it.

“AXA agreed to look into this. It worked closely with Biba to analyse the common reasons for repudiations, such as car keys left in the ignition.

“If we can help inform brokers on this, it should be good for customers and it’s better for the image of the industry if there are fewer disputes.” 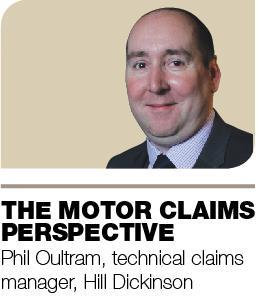 “If we can automate cars, couldn’t claims handling become more automated? Because if there are no drivers in the cars, it’s much more a product liability issue rather than a negligence claim.

“In 10 years you probably won’t need claims handlers. As long as liability isn’t an issue and you’ve got a medical expert of good standing you could just standardise the amount of damages. So, for example, a six-month whiplash confirmed by a medical expert is worth £2,000. No negotiation. If it’s 12 months you get £3,000.

“Some vehicles will trigger telematics if there’s an accident and we’ll get a report on the speed of impact. Some even show the g-force of the collision if there was one. Even the fastest computers can’t stop somebody deliberately trying to swerve in front of them.

“But on the plus side, an autonomous vehicle is going to be full of sensors and cameras recording this and that will be our evidence.” 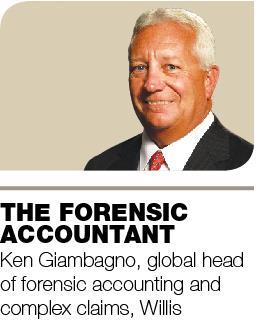 “Claims by large multinationals have become more complicated over the years, in large part because of the complex supply chain. That really comes into play with industries such as technology and pharmaceuticals, where they are heavily dependent on complex supply chains.

“That came to light a few years ago with the floods in Thailand and the technology industry, where the supply chains were very deep. Some of the claims I was involved with are only just being settled now.

“Forensic accounting is, in part, about assisting clients in the quantification, measurement and documentation of their losses and the resolution of the claims and disputes.

“I’ve been in this business for 30 years and I can tell you that every claim is unique. The best way to respond to a catastrophic event is to have a plan in place beforehand, so that right after the loss happens you take control of the claim and move it along as quickly and efficiently as possible.”