The Knowledge: Fraud – The Buy 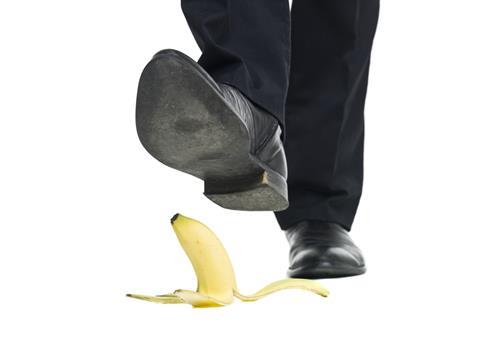 Reserves against casualty claims typically exceed £45,000. But costs can spiral much higher.

Suspicious slip and trip claims are rising in the leisure and hospitality area, especially nightclubs currently. These are difficult to respond to because of the transient nature of nightclub staff, customers and management. Shopping centres and supermarkets have better strategies in place to minimise these claims.

Potholes in the road and construction sites can attract numerous claims. Housing estates have been known to be bandwagons for claims on property owners. Often the same firms of solicitors are used.

Misrepresentation can happen if someone has ignored safety rules and been injured as a result. Instilling a culture of reporting all accidents when they occur helps to guard against this. If an individual fails to report an incident as expected then it would automatically raise a question about their behaviour.

Serious disease and injury cases are rising in number. People fabricate or exaggerate symptoms, typically back injuries. In one case, evidence was gathered against a fraudster showing him on holiday in Lake Garda, Switzerland. Law firm Keoghs’ Ewen Gardiner says: “He had signed a very substantial schedule of loss, which was proved to be wholly fraudulent. He received a prison sentence.” It was the first civil prosecution case for contempt of court and resulted in a custodial sentence.

Some ghost brokers put up a fake website and issue documentation with a known company name on it. Others work face to face in communities, dealing in cash. One ghost broker set up an office suite, fielded customer calls and even had a windscreen replaced in order to avoid detection.

Younger, high-risk drivers are especially vulnerable as they are desperate to find cheaper deals. Victims will pay by credit card into a bank account, receive a certificate and think all is well until they need to make a claim. Trigger behaviour patterns include multiple policies taken out at one address in a short time frame.

A five-year no-claims bonus can reduce a quote by as much as 60%, creating the temptation for customers to misrepresent their claims history. Meanwhile, the lack of a central database of no-claims bonus frauds makes it a difficult type of fraud to detect and to protect against.

A project to allow insurers access to DVLA driver data may go some way to improve this situation, but has been delayed amid a row
over cost.

‘Fronting’ typically occurs when an older person takes out a policy in their own name when in fact a younger named driver is the main car user. Data analytics are being used by some insurers to identify cases of fronting.

Patterns of behaviour to look out for include a professional adult driving a car more than 10 years old, with a 17-year-old named driver; and older drivers with multiple policies in their name.