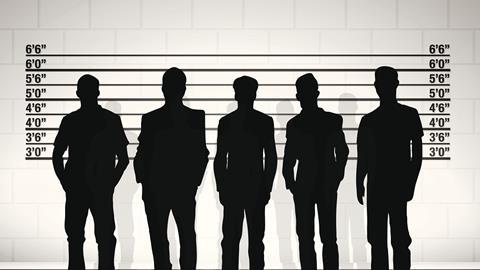 Whiplash cash for crash fraudsters have been fined over £20k after lying about who was in the car at the time of a crash with an Insure the Box policyholder. They were caught out when DAC Beachcroft arranged an identity parade.

Nsaten Mey, a man in his fifties, claimed that he had been driving the car with his son-in-law and daughter at the time of the accident.

Mey alleged he braked to allow the vehicle in front to turn left and the 17 year old Insure the Box customer crashed into him.

Mey and both his supposed passengers, named as Pedro Marcelo and Iboto Mey, all sought damages for whiplash.

However, the defendant’s mother arrived at the scene of the incident in time to witness everyone who was involved in the crash. She noticed that that all three people in the car were males in their twenties.

Insure the Box took an innovative approach to get to the bottom of the confusion. It convinced the counter-fraud team at DAC Beachcroft to set up an identity parade.

In a twist of events, the identity parade demonstrated that Marcelo had been the driver and neither Mey had been in the car at the time of the crash.

“We suspected that one of the alleged passengers had been the driver, so arranging the identity parade was crucial to prove the driver’s identity,” explained DAC Beachcroft head of counter fraud Catherine Burt.

Burt continued, “It was a highly novel approach, but gave us the certainty we needed. Induced accidents and occupancy issues tend to go hand in hand and identity documentation is often of poor quality and difficult to review.”

The case still went to trial and Mey’s wife and another daughter corroborated his story.  The meddling Meys were ordered to pay over £20,000 after the judge ruled they had been fundamentally dishonest.

“Having identified who was in the car at the time, it was staggering that the claimants’ solicitors continued to take the claims to trial,” Burt noted.

Insure The Box group head of financial crime Simon Rewell added: “These fraudsters deliberately set out to target a young female driver in an attempt to defraud Insure The Box of thousands of pounds in damages.  The identity parade, which DAC Beachcroft’s Counter Fraud team arranged, was an inspired solution for solving the identity issue and gave us the necessary proof to reject the claims and then successfully defend them at trial.”

Cash for crash fraudsters can be audacious in their attempts to fleece insurers. Earlier this month eight men were sentenced for staging a bus crash in Cardiff.