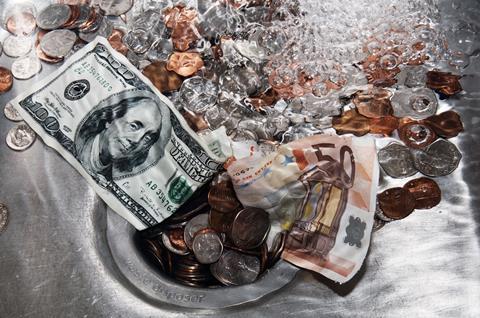 Addressing the press at Guidewire Connections 2017, Ryu said that recent investments in insurtech amount to a bubble and it had all happened “too fast”.

“We’ve seen this movie a hundred times before. It happens in every time in technology. You have a huge surge of early stage investment. Most of it gets wasted. It’s like a law of nature. It just always happens and that’s what’s happening here,” Ryu explained.

$3.5bn has been invested in insurtech over the past few years. It is not possible to spend that money productively, Ryu warned.

Ryu identified sensible areas of insurtech spending as satellite and commercial sensor data aggregation and photo based estimating, because they are useful and insurance relevant.

He was less confident that attempts to change insurance distribution models will be a disruptive force and worth the amount of money that has been funnelled into it. Two thirds of insurtech investment has gone towards companies with new distribution models.

“My personal view is 95-9% of that is going to be wasted. These are companies that utterly underestimate what it takes to be an insurance company,” Ryu continued.

Ryu gave the example of a lead investor in one of the better known insurtech companies – he did not specify which – using the metric of customer acquisition to show progress. While this is a good way for Snapchat and consumer internet firms to measure progress, it does not lead to a tangible benefit for an insurer.

“If you’re an insurance company it’s very easy to get customer acquisition. Any insurance company can acquire all the customers they want and lose money on every one of them. The fact that they were thinking in terms of consumer internet attitude [is telling], you have to spend a lot take lot of losses, but acquire a lot of customers and then figure out how to make money on them later. It does not work.”

Ryu said that interesting things were being seen in smaller volume markets, with companies like Slice, but success is likely because they tackle such a small segment of the overall market with niche products, lacking a wider reach that would threaten the industry as it stands.

He also discussed peer to peer (P2P) insurance risk sharing models, but said that they are also tiny and not consequential yet. Ryu said they should be viewed as experiments and they are all currently “significantly loss making”.

“The jury is out”, Ryu said, on whether one of these good ideas can become a strong player, though he would like to see it happen.