Leading insurtechs are becoming “more selective” about who they work with, according to the Oxbow Partners’ Insurtech Impact 25 report.

Oxbow sought to find the 25 insurtech companies that were most likely to have an impact on the industry.

Its findings suggest that even though a majority of insurtech companies have ‘pivoted’ from attacking distribution to offering a service to insurers, if insurers are not willing to invest in start-ups, then this could lead to the “laggards” losing out.

In addition, if the wider industry fails to engage then start-ups could revert to competing against insurers.

Oxbow gives the examples of Coya, Ottonova, One, and Element in Germany as ‘full stack’ technology companies that show the emergence of a competing trend.

2018 will be a “transition year” for insurtech, the report declares, as insurers take a more top-down approach to innovation to bring it in line with their wider strategy.

Large corporates will tend to look toward insurtech to streamline back-office functions.

Despite trying to rank insurtechs through quantifiable means such as revenue growth, Oxbow admits that this was not possible because insurtech is still at such an “embryonic” stage.

Instead, its rankings were “mostly subjective.” The consultancy has admitted that due to this it has probably included companies that are likely to be success stories and others that will drop off the radar.

To be considered, the technology-led companies had to have had a minimum of £100,000 and a maximum of £10m in revenue from European insurance clients in 2017. The had to have a clear plan to operate in Europe over 2018 if they did not already.

They had to have been established between 1 January 2007 and 1 January 2017 and be independent of a large corporate organisation.

However, Oxbow did not hold companies to all these requirements.

In second, operations companies have a strong showing. Cognotekt, Instanda, Kasko, Kryon Systems, Risk Genius, Qover and Tradeix are the seven companies that make the cut.

Claims and fraud ties with distribution. Both categories have five insurtech companies each making the top 25.

In claims and fraud, these are 360GlobalNet, Friss, Right Indem, Shift and Tractable.

Within distribution, Oxbow has selected Bought By Many, Guardhog, Neos, WeFox and Zego as the start-ups most likely to have an impact on the industry. 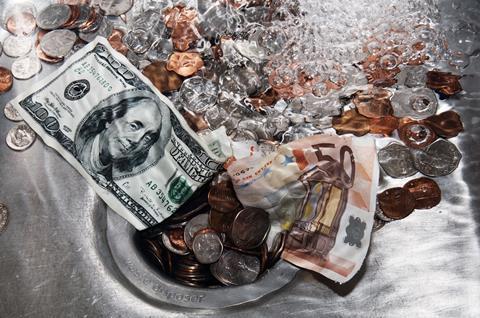