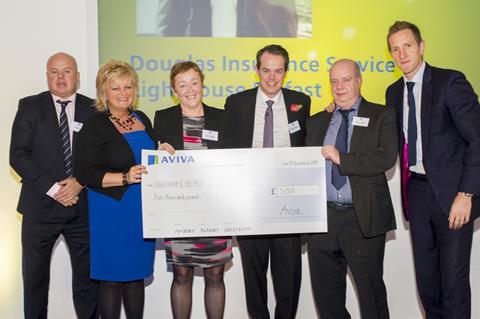 Hundreds of charities across the UK could be set for a financial boost thanks to this year’s Aviva Community Fund (ACF).

The annual competition, now in its fourth year, has more prizes and a larger prize pool than ever before: £1m, of which £165,000 is exclusively for broker-nominated local charities.

This is the first year that Aviva has widened its scope for entries beyond brokers, who are encouraged to nominate charitable projects in their local communities.

This year the customers of other Aviva divisions including Investors, Direct and Financial Advisors can also nominate a charity to benefit from extra funding.

Aviva chief sales and marketing officer Phil Bayles said: “Having hosted the community fund for brokers over the past four years, we’re delighted to see the return of this exciting competition in its national form launching on 24 March.

“Now bigger and better than ever before, with exclusive broker awards and opportunities, there’s never been a better year to support your community and be involved with the Aviva Community Fund.”

Aviva will also give away 100 awards of £500 across the competition to those causes that don’t win an award.

Last year the ACF – formerly known as the Aviva Broker Community Fund – saw 24 brokers win a share of £100,000 for their chosen charities.

This year a minimum of 57 broker-nominated charities will receive funding.

Lighthouse, a charity that supports families affected by suicide, was awarded £5,000 in 2014. It was among the winners at the fund finale, held in November at the Honourable Artillery Company in London.

Nominating broker Joan Douglas from Douglas Insurance Services said at the event: “We were delighted to have been selected for the award of £5,000.

“We know Lighthouse will make good use of it to help those in distress, and educate and support families who have been touched by suicide.”

Brokers can access support and get details of how to enter at www.aviva.co.uk/broker/community-fund.