Belfast IT Pack 2009: ‘Work together to stay ahead’ 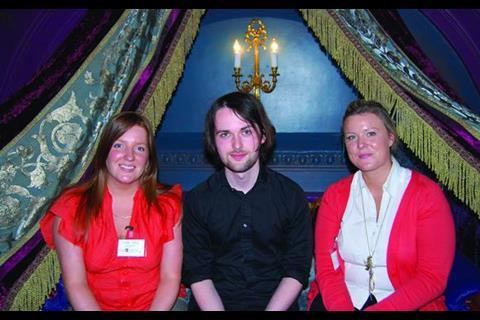 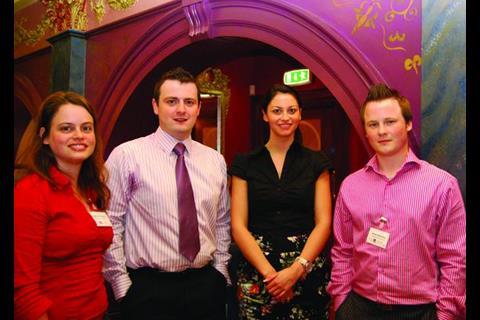 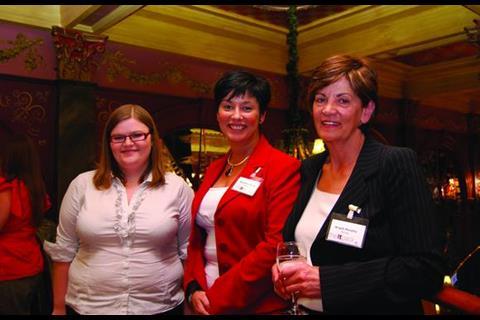 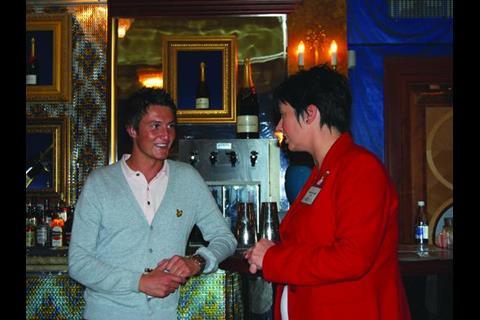 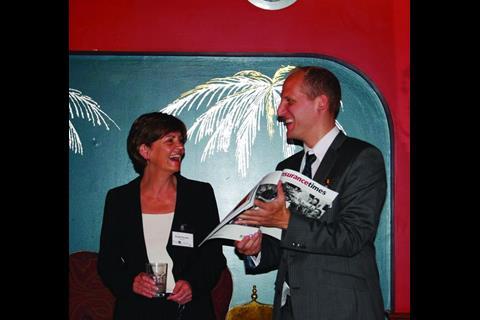 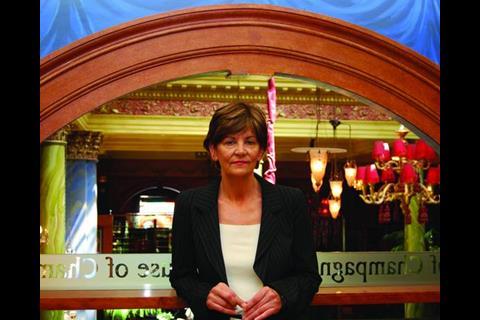 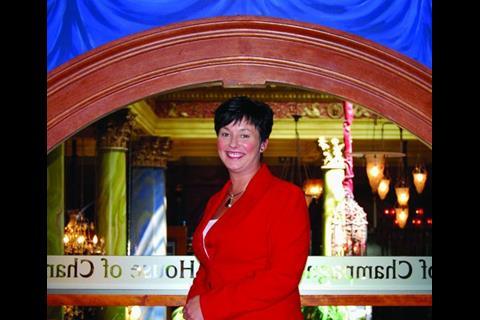 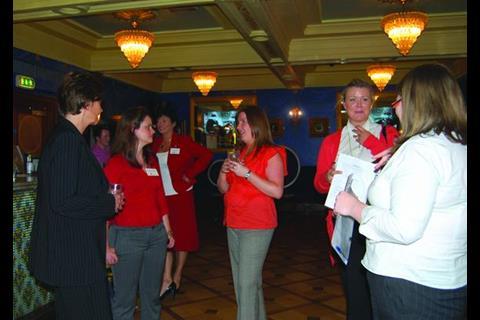 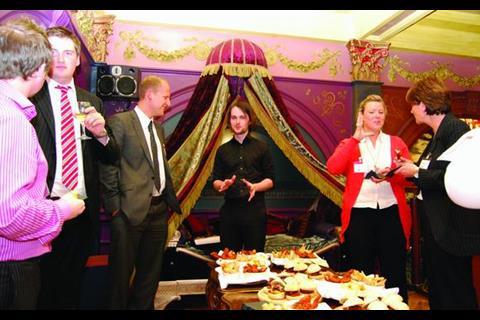 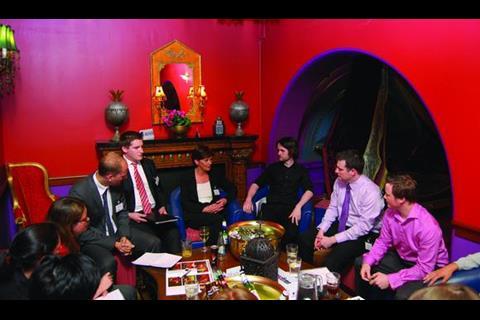 Crossing the Irish Sea to Belfast was the next stop on the IT Pack event calendar, where brokers can meet senior executives from Aviva to discuss the pressing issues of the day and chat with peers from their region. Insurance Times reports on how greater competition is preventing rates from hardening in Northern Ireland

The third IT Pack event was held at Café Vaudeville in Belfast, where the attendee brokers, although relatively new to the business, demonstrated a keen understanding of the broker market and how the global recession was affecting the entire insurance industry.

One of the main issues facing the brokers was the fact that clients were looking to reduce premium after finding it difficult to cope in the post-financial crisis.

Insurers, they said, were trying to increase premium but that there was too much competition in the market to keep rates from hardening very much.

“There are so many new competitors entering the industry at the moment, all trying to secure new business. For them to do so they are heavily under-cutting premium, so I think increasing premium is going to be the market’s biggest challenge,” said Brian McGurgan Insurance new business manager Ciaran McGurgan.

Customers were also comparing prices online and from other brokers to secure the best price. “Clients are much more savvy when it comes to checking prices, they will often use online insurers or other brokers to ensure they are getting the best price with their current broker, but this also means some insurers are seeing the same risk on their desk up to half-a-dozen times,” said Hughes Insurance commercial business development executive Philip Kee.

Dickson & Co Insurance account executive Noela Kenna agreed: “For clients who have been fortunate to stay in business during the tough times it is the broker who has to break the news to their client of increased premium because of rising insurance rates, which have been caused by insurers no longer making sufficient profits from their investments. Both of these factors in turn produce competition within the broking market as clients are more inclined to obtain quotes from other brokers. This leaves brokers with the possibility of having to cut their commission to provide a discount.”

However the brokers have found a way to deal with customers who are challenging them with cheaper quotes they find online.

“The customer may not necessarily buy online, opting instead to ask their broker to match the price. The challenge is knowing your competitor, their flaws, such as high excesses or missing cover and how to retain business without working solely on price,” said Keith Robson, a manager at Hughes Insurance.

However some believed that online providers would win several battles. “I can see the majority of future SME business being carried out online,” said Chris Hall of Aon.

Stand out from the crowd

Standing out from the crowd in the market was a challenge too, said Kee: “The Northern Ireland broker market, despite some recent consolidation, is still much more heavily broked than the rest of the UK, which means that brokers are having to use differentials other than price to make themselves stand out.”

The general consensus among the up-and-coming talent in Northern Ireland was that over the next couple of years premium rates would harden. But this would have an adverse impact, believed Robson.

“Although premium will undoubtedly increase, I would imagine customers will become more price sensitive, less loyal and more likely to shop around.” He said the only way to deal with this would be for brokers to work with insurers to add specific benefits that others might not be able to offer to stay one step ahead.

Hall predicted further consolidation of smaller brokerages in the next five years. “With more price-sensitive consumers combined with less brand loyalty smaller brokerages will undergo mergers or buy-outs. Larger firms will benefit from increased purchasing power, economies of scale and streamlining of resources.”

Although some in the group became brokers by accident none was keen to leave the industry or indeed had any ambitions to swap sides and start working for a large insurance company. Most were keen to move up to either management or supervisory roles within their companies, but there was no mention of being enticed by the bright lights of London or making a go of it outside Belfast.

“In five years I hope to have achieved my ACII certificate and attained chartered status. At the same time I would like to have moved across to the marine or aviation market dealing with large worldwide risks. In 10 years I hope to be in an executive role dealing with large corporate clients and from there to management within Marsh,” said Marsh client adviser Sean Mulholland.

Some admitted toying with the idea of owning their own firm but agreed that for now they preferred to move up the career ladder. “I aspire to be a director of a brokerage and running a very successful team,” said Kenna.

“My initial intention was to open my own brokerage, but I enjoy being an account executive and wouldn’t want the majority of my time being taken up with staff issues, so I think being a director and having shares within a company will allow me to continue to deal with clients, write new business and have the fulfilment of running a successful business.”

After the event the brokers gave very positive feedback on how useful they found the session. “It’s useful to meet others in the same industry,” said Robson.

Hall backed this up and said: “The laid-back and informal group discussion lent itself well to the group that attended. It allowed a broader range of relevant topics to be covered in more depth. I would certainly look forward to future events.”

How i made it: Brigid Murphy

Brigid Murphy joined Aviva as its director of trading in January. Although she was born and raised in Ireland she spent more than 30 years in Canada and began her insurance career there as an insurance broker.

Throughout her career, Murphy was involved in industry issues and was a board member of the industry trade association – the Insurance Bureau of Canada.

Prior to moving to the UK, she worked for The Dominion, a Canadian property and casualty company for 12 years before finally joining Aviva.

“I couldn’t have picked a better time to join Aviva,” she says. “There is real excitement inside the company around the new brand and the change this represents, as well as about the commitment to brokers and the success of the broker channel.”

Moving closer to members of her family and the opportunity to work in the UK market motivated her move from Canada. “I’m excited by the challenge and really grateful to Aviva for making it possible for me to work here, close to my family.”

Outlining some of the reasons for her success, Murphy cites her early underwriting training as a key factor.

“I was lucky to have teachers and mentors who not only really knew their stuff but were willing to share it in a very generous way.

Goodwill is also something she cites as being critical to succeeding in the industry.

“Respect is important – goodwill with team members, partners and everyone you do business with is very valuable,” she says. “You can have clear expectations and even be quite demanding and still build up goodwill.”

Murphy concluded: “I know it’s a cliché, but this is a people business – always was and always will be.”

How i made it: Michelle Dobbin

Michelle Dobbin is Belfast account manager for Aviva’s Broker Independence Group (BIG) in Northern Ireland. Her career in insurance began in 1987 when she joined Commercial Union.

She rose through the ranks, becoming a commercial trading underwriter for regional business by the time of Commercial Union’s first merger.

Dobbin’s desire to be at the “coal face” led to her joining Norwich Union, now Aviva, as an account manager.

Explaining why she loves her job, Dobbin said: “Every day is completely different from the one before – that’s what I enjoy. I believe sincerely that every customer I deal with is unique and they all have something different that helps make building relationships a great challenge in both the good and bad times.

“More recently, I have had a slight change to my role and have been asked to be the account manager for Aviva’s BIG in Northern Ireland.

“I relish the opportunity to develop this exciting new proposition, and I am delighted that Aviva is taking the opportunity to support the independent broker by tailoring our benefits to meet individual needs and to help them to grow their businesses profitably.”

Dobbin has been impressed with members of the BIG, saying they are all entrepreneurs who take great pride in their business.

She also said that one of her most memorable experiences with Aviva was being nominated by the local team for an outstanding service award.

“My prize was to sail on the famous Commercial Union yacht, which took part in the Round the World race. We spent three days and nights working four-hour shifts: it was hard work, but unforgettable.”

Dobbin also has had to harmonise her career with an family life.

“At times it has been extremely challenging trying to get the work-life balance correct, but I have a very supportive family, a great set of friends and a husband who tells me ‘enough is enough – switch off the laptop’.”