London IT Pack 2009: Become a leader in the IT pack 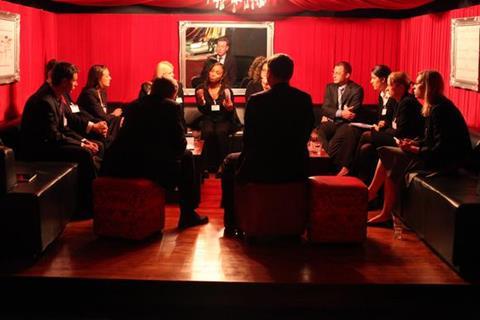 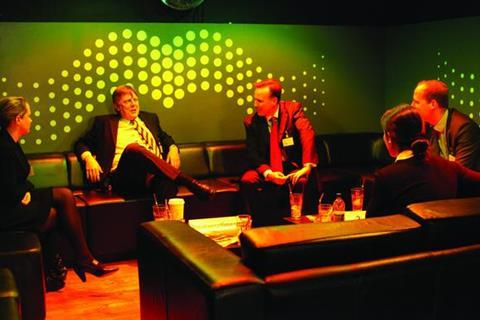 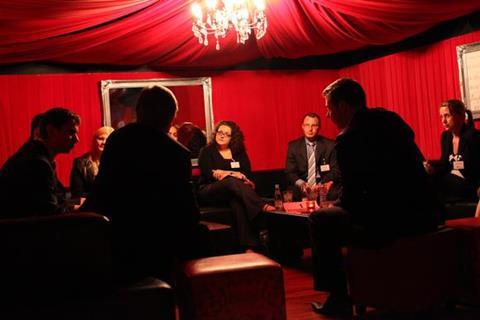 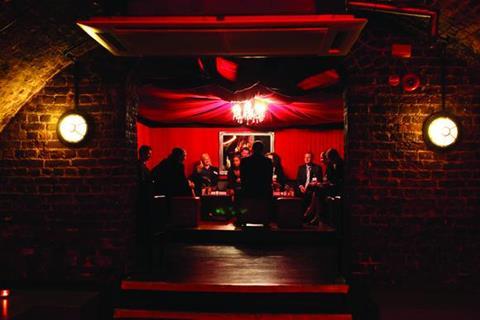 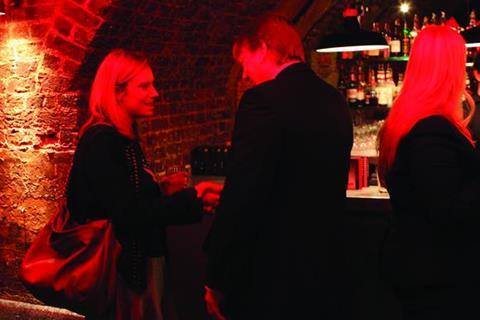 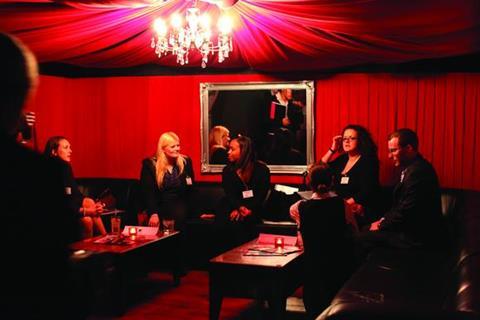 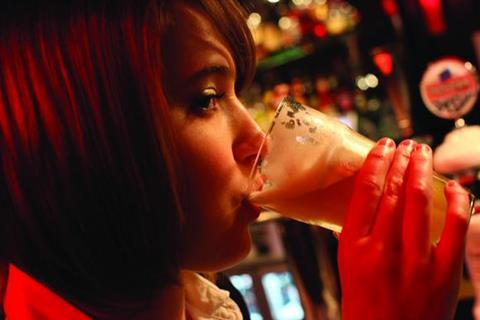 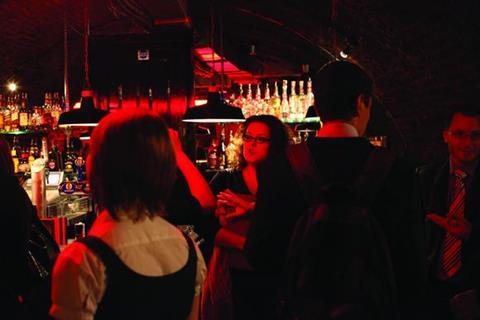 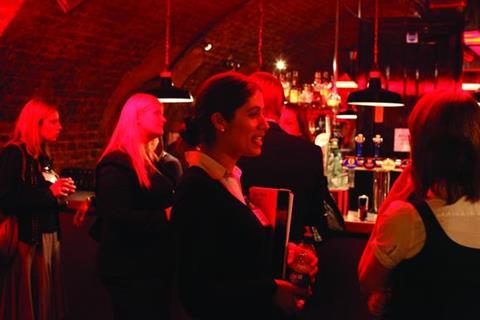 Starting out as a broker can be a daunting prospect so getting the advice of experienced senior industry figures is a valuable opportunity. Join Insurance Times on the road over the coming months as we take a snapshot of different regions across the UK to see how new brokers view the industry and talk about their hopes and fears

What is the IT pack?

The IT Pack is a club for brokers who have worked in the industry for less than five years. Insurance Times, in association with Aviva, will be touring the country over the remainder of the year, meeting new brokers to ask for their views on the industry, their local region and the wider economy. At each event, the new brokers will have a chance to meet senior staff members from Aviva and talk about the major issues of the day, as well as put questions to these senior industry figures.

All the events will receive full coverage in Insurance Times, where representatives from the magazine and Aviva will choose one outstanding broker to put forward for a special award at the annual Insurance Times Awards, held in Birmingham in December.

The shortlisted brokers will be asked to present to a panel of business leaders, before the overall winner is chosen. Brokers from the IT Pack will also be able to contribute comment and articles to Insurance Times throughout the year. To find out when the IT Pack is coming to your region, and to sign up for free, visit www.insurancetimes.co.uk/digital/ITPack2009The London event

The inaugural IT Pack event was held at celebrity haunt Parker McMillan in London’s Chiswell Street, at the end of May.

Hosting the event were Insurance Times’ editor Tom Broughton and deputy editor Ellen Bennett, with Aviva’s underwriting and personal lines director, Gary Williams and head of Aviva Risk Managements Solution Brian Wallace. There was a diverse set of brokers represented, ranging from a small, family-run independent broker right up to Aon – the largest broker in the country.

The afternoon kicked off with drinks and informal chat between the brokers and the representatives from Insurance Times and Aviva, before the roundtable discussion began.

Tom Broughton started the discussion by welcoming the delegates and explaining the purpose of the event – to listen to their views as the industry’s future leaders. Gary Williams and Brian Wallace introduced themselves and explained their roles within Aviva, before throwing the discussion open to the brokers attending.

The conversation covered a wide range of topics, including technical aspects of the market, such as pricing and service from insurers, more personal elements, such as what it is like to be a young broker and the difficulties of maintaining a healthy work-life balance.

The event was unanimously judged to be a great success, with the young brokers seizing the opportunity to share ideas with their peers, as well as meet and talk freely with senior figures from the UK’s largest insurer.

After the event, one of the delegates, Emily Soppet from Alexander Miller said: “It was a lively discussion – so much so I didn’t even feel time passing. I think it’s very important for brokers and insurers to listen to each other in times like this and the forum yesterday was a step in the right direction.”

Oliver Lawton from Shearwater Insurance agreed: “It was fascinating talking to everyone else and learning about other aspects of the industry,” he said.

An insurance career in London

All the brokers were keen to build a long-term career for themselves in the insurance industry, despite the problems that financial services have suffered over the past year. Angela Ketley from Aon said: “I see myself in this business [broking] for a good few years – if it is still around.” Lawton from Shearwater, a family business where he works for his father, was also optimistic about the future.

Alexander Miller’s Soppet explained how she had initially worked for her parents, helping out in their broking business since she was 10 years old. She studied music at university but decided to return to the field of insurance “because I missed it so much”. She initially went to a Top 50 broker, which she quickly realised was not for her. “I hated the big broker thing,” she said. “I didn’t want to be around people who were just there because they needed a job in an office.” She is now working in a smaller firm and much prefers working in that environment.

The new brokers agreed that they often had a different outlook to some of their older colleagues – they felt more able to handle technology, and more open to change. Aon’s Marie-Christin Reiter said: “I think the old guard thinks we are going to turn into them.” Ketley welcomed the increasing diversity in the industry: “It used to be posh people who wear pink pins and barrow boys. Now, anyone can go into insurance.”

As relatively new entrants to the profession, the group all had experience of CII examinations, and strong opinions on the importance of professional qualifications as they looked to develop their careers. Lawton had taken the exams even though, as a small business, it was difficult to find the time to study. “I think you do need it,” he said. “I think in the future it will be the case that if you don’t have the qualification, you can’t trade.” He also appreciated the technical know-how the qualification had given him: “I like knowing that the people I am dealing with know what they are talking about.”

Soppet highlighted the difficulties smaller companies face in meeting the cost of training, and suggested that alternatives – such as e-learning modules – should be made available.

It was a different experience for the delegates from Aon, where the cost of training was fully covered by the company.

However Olusanya and Ketley believed that some of their colleagues did not always appreciate the amount of work that went into training. “They say that you can study on the train into work, but it isn’t as simple as that. There’s a massive folder from which to learn,” said Olusanya.

There was a general recognition that insurance offered a better work-life balance than many other industries – for example, banking or law. But the young brokers, and particularly the women among them, still felt that there was not sufficient recognition of the need for a healthy work-life balance.

As a young mother, Olusanya was frustrated by the lack of flexibility. “As you go higher in the business, you find that hours are stretching longer and longer,” she said, adding that onsite creches were still considered “outlandish” by some companies. “Companies are going to need to be flexible if they are going to continue to employ women,” she said.

Ketley said that women planning to have children may be better off working for smaller companies.

But Soppet was sympathetic to the demands faced by smaller companies when their female staff took maternity leave. “They have to pay them while they are off on maternity leave as well as filling that gap in the workplace,” she pointed out.

How I made it – Brian Wallacem, ACII MIRM Chartered Insurer

Head of Aviva Risk Management Solutions, Brian Wallace started his career with Norwich Union in Glasgow in 1977. Wallace is a rare example of someone who has actively chosen a career in insurance. “From the age of about 16, business and big companies interested me,” he says. “I always enjoyed being part of a team when I was younger and wanted to be part of a team in my working life. At one stage I considered a career as a chartered accountant but I knew some people working in the insurance market and it sounded an interesting industry with plenty of opportunities to progress.”

Wallace has held a number of senior roles with Aviva, including ones in commercial underwriting, claims, sales, management and individual projects before moving into risk management in 1995. He was appointed to his present role in 2004 and leads a team of 175 people.

He has overall responsibility for the strategy of Aviva Risk Management Solutions, including the delivery of risk management services to Aviva, its broker partners and their customers.

His team also provides training and consultancy services to a range of UK businesses, from SMEs to blue chip organisations. The team has won several risk management awards (including the British Insurance Award for Risk Management) and takes pride in delivering dynamic and practical risk management solutions.

So how did he get to where he is today? “From the day I started I was always ambitious and keen to move around the UK for interesting roles,” he says. “I was always looking to take on a new challenge. It is important for me to know that the role I do makes a real difference to the wider business and has a positive impact on people, whether colleagues, brokers or customers.”

Wallace also has some wise words for those looking to make a name for themselves in the insurance industry. “Hard work coupled with honesty and integrity are key to ensuring that you earn respect from your team,” he says.

“Great leadership that motivates your team brings its own rewards in terms of seeing the team become successful. Identifying talent within the company is a rewarding experience for a leader and an investment critical to our future success as a business.”

How I made it - Gary Williams

He has an interesting and varied job history. He began his professional life building cabinets while completing a degree in chemistry. He then served eight years in the US Air Force before working five years in manufacturing, with roles at the Sara Lee Corporation. After he completed an MBA he was recruited to the insurance industry, where he spent 12 years at GMAC Insurance. During his first three years, he immersed himself into insurance via work and study; successfully completing

10 national exams and earned a Chartered Property Casualty Underwriting Certification (CPCU). He attributes his swift rise within the industry to always being open to doing what the company needed. He says: “By making the best of my assignments, I typically received consideration for opportunities that built my CV.”

Although he is ambitious, Williams says this is not his primary focus. “As a leader, I always put my people first,” he says. “My focus is on achieving results for the business. I always look to improve week over week and year over year.”

Williams describes himself as a “change agent” and has heady ambitions for his division – he wants it to “set Aviva apart from the market by changing the rules of insurance business in the UK”. For example by looking at a claim as a sales opportunity and assessing the potential of monthly, instead of annual, motor and home policies.

He says: “I like change that I create but tend not to like change that is mandated from outside our team. I like to be independent with my thinking and actions – you will see that in action by how

I like to challenge my team to take critical reviews of what we do and how we do it so we can make adjustments on our own time line.”

And Williams’ tips for getting to the top?

“I believe everyone deserves respect. To make a positive name for yourself, you must be honest and have integrity to gain credibility. If you focus on doing what is fair and communicate decisions, you will earn respect and make a name that precedes you.” IT