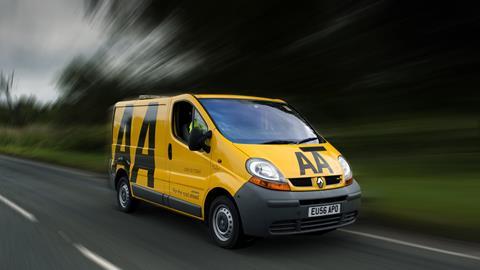 Troubled insurance and roadside assistance firm AA received a boost after S&P held the ratings on its debt.

The rating agency could have cut the class A notes to non-investment grade, or junk, by pushing it down to BB+.

In March, analysts at Jeffries had said such a downgrade could “severe free cash flow implications”,and cost the firm £50m.

“That is likely to be a reasonably terminal for equity holders,” Jefferies  had said.

AA, saddled with £3bn in corporate bond debt, is under pressure to maintain and improve its cash flows and profits.

To turn the firm around, new boss Simon Breakwell revealed in February a major strategic shake-up as it guns to expand in insurance, currently a minority part of the revenue mix. It will also invest in more roadside patrolling and technology to predict breakdowns.

Breakwell aims to grow by selling car and home insurance to non-AA customers, while also looking to sell more to existing users.

The share price tanked 28% in one day in February on the stragegic plans, with concerns the firm would over-stretch itself. The February dividend cut and 2019 earnings downgrade also hit investor confidence.

But S&P’s vote of confidence on Friday will ease concerns that the AA could become over-stretched.

Breakwell has inherited a company that two years ago had a share price 390p, and that now stands at just 113p.