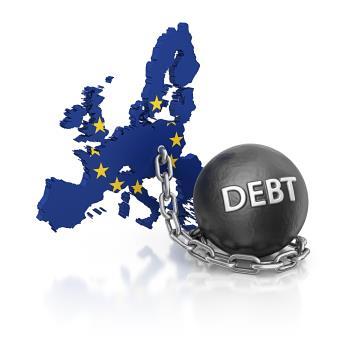 Ratings agency Moody’s has warned European insurance companies could still face the possibility of a credit rating downgrade if there is a further deterioration in the eurozone economy.

The rating agency said that while insurance companies had largely weathered the eurozone debt storm, and been affected far less severely than the banking sector, almost half of European insurers already carried a negative outlook or were on review for a potential downgrade in their credit rating.

Moody’s added that a further deterioration of the economic environment, particularly in countries like Spain or Italy, would pressure many European insurers’ ratings, especially those with direct operating or asset exposures to these countries.

Both Spain and Italy have resisted requesting an economic bailout from the European Union, International Monetary Fund and European Central Bank but many observers believe it is only a matter of time before one or both countries do so.

Spain requested a bailout of its banking sector in September but has steadfastly resisted the temptation to request a full bailout like its neighbour Portugal.

Meanwhile, Italy holds elections in May to replace the technocratic government of Mario Monti who was installed as prime minister last year following the resignation of Silvio Berlusconi. Last week Italian sovereign debt yields spiked on the financial markets over concerns that Berlusconi could seek re-election.

Moody’s said European insurance companies had suffered less since the financial crisis in 2008 because of their minimal reliance on capital markets for funding as well as good levels of asset liability matching and asset liquidity leading to them having less need to crystallise losses in periods of market stress. Insurers also had good underwriting profitability for property, while life insurers were able to share some investment losses with customers providing an incremental off balance sheet buffer.

But this did not mean that insurers were immune from future financial crises, said Moody’s. Although many insurers had substantially reduced their equity holdings or put in place hedging protection, some parts of the industry - predominantly smaller to medium-sized, often unrated players - maintained material amounts of equity exposure.

“A significant fall in equity markets would potentially impact capitalisation of some insurance layers to a larger degree than most banks,” the ratings agency said.

Moreover, insurers had been severely affected by the combination of catastrophic events and financial market disruptions in the past. And a continuation of a low interest environment in certain European countries would simply erode earnings for the sector contributing to further credit pressure.