Expert View: A big step forward for ILS - Or is it? 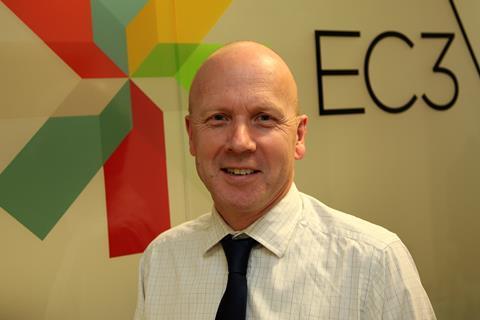 The end of 2016 saw Insurance Linked Securities (ILS) hit the headlines, as the UK Government announced its intention to make London the global hub for the ILS market. The aim is to have a new regulatory regime in place in the first half of 2017, and to be ready for reinsurance renewals mid 2017. Are these plans too ambitious or simply unrealistic? Having the right regulatory and tax framework in place is obviously of key importance, but is it a case of too little too late as London tries to compete with other ILS domiciles, like the Cayman Islands and Bermuda.

It was first announced in the March 2015 Budget, that the UK Government would work with the London market and the UK’s regulators to attract ILS business to the UK. A consultation paper followed in March 2016 setting out the concept that a “protected cell company” corporate structure was the appropriate way forward for the ILS framework, and that a bespoke approach to the taxation of Insurance Special Purpose Vehicles (ISPVs), the vital cog in any ILS structure was required.

Two consultation papers were published in November 2016. One from HM Government sets out its proposed regulatory framework for ILS in the form of two sets of draft regulations: the Risk Transformation Regulations which will introduce a new corporate structure for multi-arrangement ISPVs, and Risk Transformation (Tax) Regulations which set out the tax treatment of these vehicles (responses were due by 18 January 2017). While the FCA and PRA published a joint consultation paper on the authorisation and supervision of ISPVs (with responses due later, by 23 February 2017).

So all of this ILS activity looks good news for the insurance industry at a time of uncertainty associated with Brexit. But why focus on ILS now? Is it a case of better late than never? ILS are not new instruments (they have been around since the 1990s), but it seems that the Government has only just recognised that the current UK regulatory framework is not “fit for purpose”, and is holding back the UK from being a major contributor to the growth of the ILS market.

ILS are a form of alternative risk transfer. The instruments allow insurers and reinsurers to transfer the risk of certain catastrophic worldwide natural disasters, such as a flood, hurricane or an earthquake, occurring to the capital markets. The best known form of ILS is the cat bond. Typically ILS are seen as an alternative form of reinsurance, and although they can be more expensive than traditional reinsurance, they are seen as attractive because the capital markets offer an additional source of capacity, and risks can be spread across a wider array of global investors.

Is this indicative of a new more efficient system to make London the global hub for ILS - only time will tell. Straight-forward applications are likely to be turned around in 6-8 weeks, but is this quick enough for the ILS investors? Making sure the regulations are right, as most practitioners would point out is always notoriously difficult. HM Government may want London to be the global hub for ILS but can it deliver the right regulatory and tax regime to attract investors and reinsurers? The jury is out.