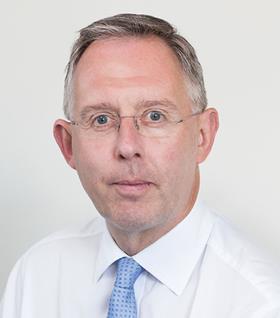 This year has been very tough for the UK Professional Indemnity Insurance (PII) market. There has been large-scale change in the market and for many policyholders who were not pre-warned by their PI Brokers the correction came as quite a shock.

This signalled the start of the correction. Certain exiteer syndicates pulled out of UK PII, leaving the remainers free to see significant uplift in rates as capacity was squeezed. The top brass insisted that underwriting appetite was to change in 2019 and with it oversight and instruction to raise underwriting rates.

Within Lloyd’s of London there seems little appetite to loosen underwriting controls in 2020 and beyond. Recently, VIBE, Acapella and China Re have left the market. Will more follow?

Grenfell led to an industry-wide review led by Dame Judith Hackitt, with her appointment as government advisor to the new Building Safety Regulator demonstrating further evidence of the increased scrutiny in this sector. Cladding claim notifications increased, and so insurers have had to reserve against open claims.

Cladding contractors were initially at the epicentre after Grenfell, but there has been a ripple effect across other construction professionals.

One might be forgiven for asking what impact this has had on the UK PII market, until you consider the potential loss of confidence in the general economy, the fall in the strength of the pound and falling residential property prices.

In the summer just gone Allied World Assurance Co (AWAC) decided to withdraw from insuring chartered surveyors who undertook any survey valuation work. The change to the RICS Minimum Terms (April) insisting that automatic run off for consumer claims be included under minimum terms was probably another reason for AWAC’s exit, which left only a handful of insurers prepared to take on this risk exposure.

On 8 March this year the Financial Ombudsman Service Limits changed. Now we see complaints enjoying £350,000 (in itself almost a limit of indemnity as insurers are essentially bound by adjudicators’ decisions) for actions on and after 1 April and increased to £160,000 for prior actions. Markel and Nexus then pulled out of insuring IFAs, leaving the remainers (who one can count on the fingers of one hand) to navigate this profession causing underwriting rates to harden further.

Some capacity has exited this sector. Underwriting restrictions have been hardened by the capacity providers, the result being that some MGAs were unable to write business they had previously eagerly sought.

HMRC stamped down hard on tax schemes and many individuals and companies saw HMRC coming after them for tax avoidance. Accountants have been embroiled. The Institute of Accountants in England and Wales recognise the concerns of PII Insurers in this highly complex area.

So 2019 was not a time for professional firms to expect to save money on PII protection. Instead, experienced PI brokers came into their own by ensuring their clients were able to purchase adequate protection at an affordable price in difficult market conditions. In comparison, insurance brokers who focused on mailshots and hard selling telesales operations techniques found it very hard, where in the past it had been easy money.

For underwriting rates to soften there needs to be new capacity and, as we head towards the end of the year, that seems unlikely. If capacity shrinks still further, 2020 could well be a repeat of 2019.