LV= has become the fastest-growing UK motor insurance brand, and is now the UK’s second largest UK motor insurer, according to data from Consumer Intelligence. 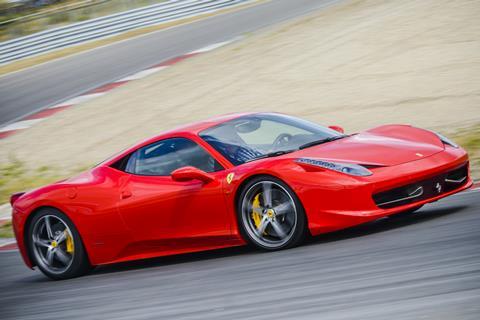 LV= recorded the biggest gains of any insurer between October and March as its market share increased by 1.4.

The top 10 growers in the market as measured by Consumer Intelligence’s Insurance Behaviour Tracker (IBT) gained 6.6% in market share over the period underling the importance of brand and the power of retention as well as pricing competitiveness, the research organisation said.

Consumer Intelligence said the trends highlight ”the power of competitive acquisition strategies combined with a focus on retention”.

Second on the growth list is Aviva, adding 1.2% for the second successive period. Taken together, the top ten growers in the IBT increased market share by 6.6%, almost the same amount as the previous six months. The largest faller was Hastings, whose pricing competitiveness has significantly declined year-on-year.

The four brands with the largest growth were also the four largest in market share, emphasising the strategic advantage that comes with being a bigger brand and the importance of retention as well as new business. The 10 largest players now account for almost two thirds of the market, although four of them saw their market share decline in the latest period.

Consumer Intelligence’s latest IBT found that two of the brands in the top five actually increased their prices since October, bucking the wider market trend. In the wake of changes to the Ogden rate, and a market broadly characterised by heightened levels of pricing sensitivity, volatility and opportunism over this period, this is no great surprise.

Three of the fastest-growing motor brands are new entries to the top 10 board for the half year. Driven by new business growth, RIAS has cracked the top 10, alongside Aviva-owned General Accident and One Call which is particularly competitive among the over 55 segment and could be benefitting from offering a range of free extras such as breakdown and legal cover.

John Blevins, Consumer Intelligence pricing expert said: “In a market that remains as fiercely competitive as ever, there is clearly ample scope for a variety of pricing and customer acquisition strategies as well as a focus on retention.

“We note how competitively positioned are the trio of Aviva, Admiral and Direct Line. They occupy second, third and fourth in absolute growth; seventh, eighth and ninth in relative growth; and first, third and fourth in overall market share — with only LV=’s latest rise spoiling the party.”