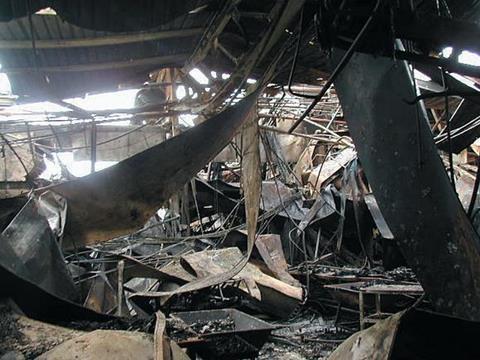 The amount that an insurance company is expected to pay towards a rebuild or to cover business interruption costs after an SME customer has suffered a loss is inadequate in more than one-fifth of policies, a probe by the FCA has found.

Outlined in its latest thematic review released today, the FCA reviewed 97 files on commercial claims in excess of £5,000 during its visits to firms.

In 21 of the claims the sums insured on some aspect of the cover was inadequate to cover the actual loss suffered by the policyholder.

The majority of the claims reviewed were on policies sold on an advised basis by insurance intermediaries.

However, the FCA also looked at some claims on policies sold directly on a non-advised basis by insurers and through insurance intermediaries.

In some cases the sums insured amount needed to cover the loss were below 50% of the amount required.

In 12 of the 20 case studies there were issues relating to sums insured. In 8 cases the material damage sums insured for buildings, trade contents and/or stock were inadequate, while in four cases the loss exceeded the 12 month maximum indemnity period.

The 20 more in-depth case studies carried out by a loss adjuster, were drawn largely from the research on 100 SMEs’ claims. Both formed part of the FCA’s review.

The regulator also reviewed brokers’ files and found little evidence to show much the topic of sums insured was a feature of discussions between the intermediary and SME.

In one case the SME did not buy any business interruption insurance but the reason for this was not recorded on the file.

The FCA acknowledged that making an appropriate assessment of sums insured was difficult, primarily because of the difference between the technical meanings for words in a policy and the way words were used in everyday business.

Biba is planning to publish technical guidance for its members about how to ensure customers do not have inadequate sums insured.

Examples of case studies where the BI cover was inadequate

• An SME experienced a serious fire. The insurance claim, for contents, stock and BI was over £1m. However, the sum Insured for business interruption was only around a quarter of what was needed to fully cover their losses.

• A leak from a water tank caused extensive damage to the building where an SME was based. Around £80k of damage was caused. The sum insured on the building was less than half what is should have been in order to fully cover the building and the claims settlement was reduced accordingly.

• A catering firm suffered a major fire. The business contents were hugely underinsured: damage to the contents was estimated to be half a million pounds, but the claim was settled for less than half of that. Similarly the BI cover was only for twelve months and this proved inadequate for the business to get back to its former level of profitability. This business therefore suffered huge financial losses as a result of being underinsured.