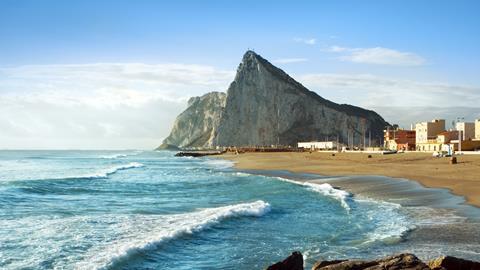 Gibraltar regulator chief executive says she is tough but fair

Gibraltar’s financial regulator, The Gibraltar Financial Services Commission (GFSC), is working on a new regulatory regime that it hopes will put the final nail in the coffin of its old reputation as a light touch insurance regulator.

Speaking to Insurance Times earlier this week GFSC chief executive Samantha Barrass said: “We are consulting at the moment and will be over the next year introducing a new statutory regime for financial services regulation. It will look and smell a lot like the UK’s one.”

In addition, Barrass said that the Gibraltar regulator had implemented Solvency II “in full”, which should help put paid to any accusations that the GFSC is a light touch on insurance regulation.

She said: “Even if we wanted to run a light-touch, fat-free regulatory regime for insurance undertakings – which we don’t ­– we wouldn’t be able to because Solvency II has completely changed the game and levelled things up.

“It is a maximum harmonisation directive. If you are an insurance company there is nowhere to hide in Europe when it comes to the regulation that’s covering you.”

The regulator has also doubled the size of its staff to around 90 now from somewhere in the low 40s when Barrass first took over.

In addition, Barrass argues that her own appointment as chief executive back in February 2014, having previously worked as an executive director of the UK’s Solicitors Regulation Authority, has signalled a change at the GFSC.

She said: “I was brought in with the government’s and the board’s support to do a root-and-branch strategic review of the approach to regulation. That is what I have done. The people who knew the Commission before would not recognise it now.”

She added: “I am very much a new broom at the Commission. I had form at the SRA of bring a pretty tough regulator.”

Barrass says that as a result, any accusation that Gibraltar is a light touch regulator is outdated and possibly stems from the period between 2002 and 2004, when there was a big jump in insurance companies setting up on Gibraltar.

Some of those companies have failed spectacularly, the most notable recent example being Enterprise, which the GFSC is investigating.

Barrass admits that some companies have found the transition to both Solvency II and the GFSC’s new approach difficult.

But she also says that the regulator is fair.

One of its key attractions is companies’ relative ease of access to senior regulatory staff – including Barrass herself and the head of prudential supervision Joe Perdoni – compared with larger regulators such as the UK’s PRA and FCA.

Barrass said: “If we can sit down and have grown up conversations, you have got a mature approach to the way you want to do business; then, in Gibraltar, we offer much greater accessibility to us as a regulator, we will do much more informal and project-based working with a firm that is wanting to introduce a new or innovative business model if you are interested in doing good business. The individuals and firms in that category tend to have a very positive experience.

But she added: “We are not popular with those firms that don’t fit into that category.”