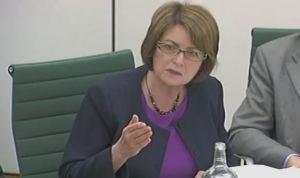 The government has restated its commitment to reducing the number and cost of whiplash claims in its response to a Transport Select Committee (TSC) report on motor insurance.

TSC chair Louise Ellman MP said she was “encouraged” by the government’s willingness to tackle fraudulent whiplash claims, but added that these good intentions should be acted on.

The government response added that it was reviewing the fixed penalty fines for driving without insurance to see if they are in line with fines for comparable offences. The government will consult on this soon.

The response also said it would enforce a referral fee ban from April 2013, publish a report on how the Road Traffic Accident (RTA) protocol runs and continue reviewing the cost of fixed portal fees for personal injury claims.

The TSC also suggested that the government should send a message to the insurance industry to respect data protection laws and back the idea of stricter penalties for breaking these laws.

However, the government response said that the penalties for breaking the data protection laws were tough enough.

The TSC also recommended that the government should investigate the cold-calling often used to drum up personal injury claims and consider ways to curb the practice.

The government response said that existing rules were strong enough and that there would be no investigation.

Insurer access to the DVLA database “could” be ready by early 2014, according to the government response.