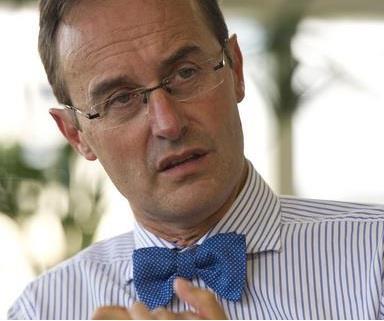 Groupama faces a battle in convincing brokers to stick with it after announcing its decision to sell up.

Continuing problems in the eurozone – rating agency Standard & Poor’s has downgraded Groupama to one above junk – are also fanning the flames of broker concerns.

Brokerbility, which controls nearly £500m in premium income and is a key partner of the Groupama, is meeting on 9 February to discuss its options.

Chief executive Ashwin Mistry said: “Our concern is not the fact that the business is for sale, it’s who could be the potential acquirer?

“They could end up in a position or organisation that may not suit our strategy. So do we wait for that formal decision to come out or not? As prudent insurance brokers, we have a view and a strategyto formulate.”

Others pointed to Groupama’s financial strength rating as the main concern.

Professional indemnity specialist Affinity Select Insurance Services director Jenny Carter-Vaughan said: “I feel sorry for Groupama because the people are lovely, and they’ve done nothing wrong in terms of reserving practice, or anything
like that.

“But as a responsible broker it is quite difficult to recommend Groupama because, at the end of the day, with our professional indemnity insurance, if you start recommending people who are in danger of ending up going into junk status, it does cause an issue.”

Bluefin chief executive Stuart Reid said: “We have a treasury and security committee in the business. As you would expect, we are watching closely but at the moment they are still within our acceptable credit rating.”

But asked if Bluefin would place business elsewhere, Reid said: “We are considering all options.”

Rival insurers AXA, Allianz and Aviva are known to be chasing Groupama’s business.

And if the sale process drags on, and uneasy brokers place business elsewhere, it could have an impact on the eventual sale price.

The Groupama sale could raise up to £300m if it sells for slightly higher than its 2010 book value. But if brokers start seriously questioning the business, it could impact the goodwill and lower the value.

Despite the broking nervousness, the company’s UK chief executive François-Xavier Boisseau warned bidders that Groupama would not be sold on the cheap.

The sale was triggered after an “unsolicited approach”,
he said.

Boisseau said: “The sale process will start very soon. The group will decide on the quality of the offer, and if it will conclude the sale.

“What is very true is that the group appreciates the value of its UK operation. When we publish the results for 2011, they will show again a very significant increase in profit and demonstrate that the UK is a valuable asset to the group. For the group, it is out of the question to undersell its UK assets.”

Meanwhile, it emerged this week that management at Groupama’s broking subsidiary Lark is understood to be talking to investors about a buyout.

Groupama-owned Bollington is also being tipped for a management buyout.

Covéa and Peterborough-based personal lines specialist BGL are possible bidders for motorbike specialist Carole Nash, which was bought by Groupama for an estimated £70m
in 2006.

● Cash-rich RSA, which has been distributing earnings with handsome dividend payouts, is tipped as a potential bidder for Groupama. Jeffries analyst James Shuck estimates RSA has more than £300m in reserve surplus to play with. RSA made a bid for Aviva’s £5bn general insurance arm in 2010. But will new boss Simon Lee have an appetite for UK consolidation?

● Groupama is stuck between a rock and a hard place: if it rushes the sale, will it get an inadequate price? And
if it delays, will broker confidence drain away as they fret over whether Standard & Poor’s might downgrade Groupama to junk status?