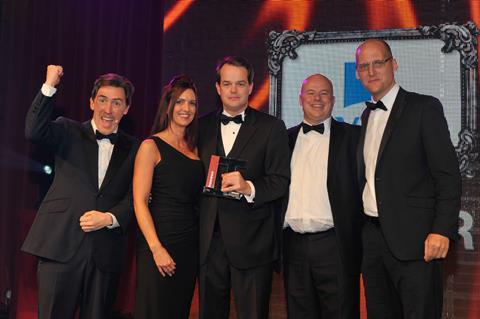 The deadline for entries for this year’s Insurance Times Awards has been extended to 7 August.

The gala ceremony for the prestigious Insurance Times Awards, the biggest and best awards in general insurance, will be held on 1 December at the Battersea Evolution in London, hosted by a top celebrity.

Over 1,400 industry professionals from insurers, brokers and service companies will be there to celebrate achievement and excellence in the insurance industry.

Now is the time to nominate your colleagues, or even yourself, for awards, book tables or maybe stake a claim to sponsor one of the award categories.

All entries will be independently judged by our panel of industry experts or voted for by the sector.

This is why winning an Insurance Times Award is so highly-prized: every winner has been judged or voted on by their industry peers.

There are 26 awards up for grabs this year, including 11 exclusively for brokers and nine for insurers. This year is also the first time Insurance Times has recognised the great work that apprentices do, and 2015 marks the introduction of the Apprenticeship Scheme of the Year award in association with the CII.

Last year, Aviva won General Insurer of the Year. Aviva chief executive Maurice Tulloch is pictured above, clutching the award he has just been awarded by celebrity comedian Rob Brydon. Allianz was voted top in commercial lines, Ageas scooped the award in personal lines and Direct Line won Direct Insurer of the year.

Entries for the Insurance Times Awards 2015 must be submitted by 7 August, ahead of a judging day on 30 September. For more details, including how to enter, visit insurancetimes.co.uk/awards or contact Mandy O’Connor. Tel : 020 7618 3492. Email: mandy.oconnor@insurancetimes.co.uk

Join the debate at our Insurance Times Forum on LinkedIn https://www.linkedin.com/grp/home?gid=4616326