Labour under fire for cashing in on referral fees

Party earned £350,000 in referral fees, according to reports 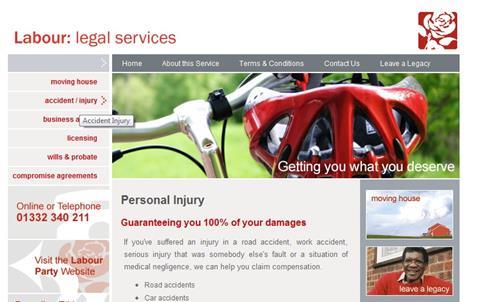 Labour has earned more than £350,000 in referral fees by passing on party supporters to solicitors, it has emerged.

Party coffers are swelled by £250 plus VAT every time a supporter is referred to solicitors.

According to the a website, called Labour: legal services, the site has a ‘personal injury section’ guaranteeing claimants ‘100 per cent’ of any damages they receive.

The revelation was seized upon by Tory politicians.

“It is no wonder that Labour won’t fully back our proposals to abolish referral fees when they are exploiting the current system to fill their own party coffers at everyone else’s expense.

“By banning referral fees, this Government is starting to tackle the problem – claimants will think harder about whether to sue and savings should be passed on to customers through lower prices.”

Former shadow Justice Minister Jack Straw has campaigned hard to ban referrals, although his party is backing the status quo.

A Labour spokesman said: “In common with many voluntary organisations, the Labour Party offers a number of benefits to members. Any arrangements would be reviewed in the light of changes in legislation.”