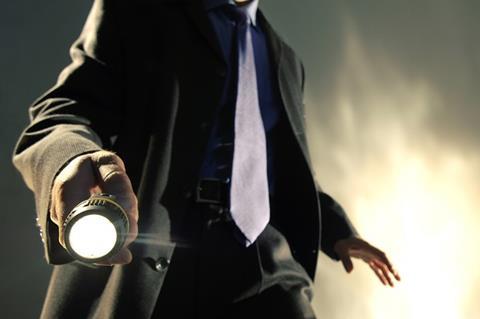 Preston-based law firm Barber & Co Solicitors has been ordered to pay indemnity costs to insurer NFU Mutual after the law firm represented a claimant in a personal injury case without instructions.

The judge stopped short of saying that Barber & Co had acted fraudulently, but the law firm now faces a fraud probe after he passed his judgment to the Solicitors Regulation Authority (SRA), Lancashire Police and the Crown Prosecution Service for Lancashire for further investigation.

In a statement, Barber & Co has blamed the situation on “two non-qualified fee earners creating false documentation and representing client(s) without proper instructions” and said it welcomes the investigations “to exonerate the firm”.

The NFU Mutual court battle follows an investigation by law firm Browne Jacobson on behalf of the insurer.

In delivering his judgment after a hearing at Carlisle County Court on 15 and 16 May 2017, His Honour Judge Peter Hughes QC described the conduct of Barber during the course of the investigation as both “evasive” and “reprehensible”.

Hughes said in his judgment: “It appears that a number of criminal offences may have been committed through the firm of Barber. These include fraud in making a false claim for compensation, forgery of a medical report, and engaging in acts tending to pervert the course of justice. These are serious allegations, if substantiated.”

He added: “What is abundantly clear, though, is that Barber have constantly stalled and obfuscated, and have failed to assist those acting for the claimant and the defendant to resolve the position. This has materially delayed the resolution of the claim and added significantly to the costs.”

In response to the judgement, Barber & Co said in a statement to Insurance Times: “The firm is obviously disappointed with the outcome of the case which revolved around two non-qualified fee earners creating false documentation and representing client(s) without proper instructions.

“The firm fully co-operated with the SRA when they initially investigated the matter in July 2015 and the SRA with the information Barber & Co had available to them reached the outcome that they would not be investigating the matter any further, at that time.

“The matter was then investigated further by Mellor Hargreaves by interviewing the medical expert, whose report was purported to be forged. This was not communicated to Barber & Co until 9th March 2016 and the firm were only brought into proceedings in November 2016.

“The firm have fully co-operated with the SRA. The primary regulatory allegation against the firm relates to a lack of supervision of the two fee earners and not any misappropriation of funds by Barber & Co. The firm are delighted with the referral of the judgment to the police by His Honor Judge Hughes and welcomes any investigations in order to exonerate the firm.”

The issue of whether there was fraudulent practice of the solicitors overseeing Barber & Co has been demurred and is now being investigated by the SRA, NFU Mutual said. This case is to be heard later this year.

A spokesman for the SRA said the authority is aware of the issue but declined to comment further.

Barber & Co had claimed to be acting for Mr Dickson, a claimant who was injured in a road traffic accident in June 2011. The law firm had agreed settlement on a 50:50 basis with NFU Mutual’s claims team, and submitted a medical report in support of the claim from a doctor in April 2012.

NFU Mutual said that “significant inconsistencies” in the Barber & Co report came to light in July 2012 when a law firm that was correctly acting for Mr Dickson provided other medical evidence and issued proceedings to provide settlement for its claimant.

The insurer added that Barber & Co failed to assist in providing evidence, and that during the investigation a suspected forged medico-legal report was uncovered.

Shortly before trial Barber & Co admitted it did not have instructions from the claimant, and NFU Mutual settled Mr Dickson’s personal injury claim in full.

But the matter of costs and the inaction of Barber & Co remained unresolved, so NFU Mutual joined the legitimately instructed firm in the proceedings to recover costs, and to ensure evidence was available to the trial judge to determine liability.

The NFU Mutual court battle could set a precedent, help other insurers in similar situations and deter other lawyers from acting for claimants without instructions.

NFU Mutual claims fraud manager Rob Spiegelhalter said: “Our determination to uncover fraud to protect our member’s interests prevented the firm receiving the claims compensation and costs in a case where they were never entitled.

“The judgment is not only a victory for NFU Mutual but should also serve to help the insurance industry in the broader fight to tackle suspected fraud by professional organisations.”

Browne Jacobson partner and counter-fraud head Paul Wainwright added: “I believe this sets a precedent, but more importantly provides a powerful deterrent, which will be widely adopted by the counter-fraud community to stop such practices.”