A fraudster who made a bogus insurance claim for a ‘stolen’ speedboat has been sentenced to six months in prison – after he was caught on camera towing it away.

Kieran Andrew Kearny, of Ffordd y Blaenau, Treuddyn, in Wales, insured his boat with Navigators and General for £13,000 before reporting to police that it had been stolen.

When insurers investigating the claim became suspicious, they contacted the police, who discovered the boat – a Cranchi 21 Star - at the home of his former partner.

Mold Crown Court heard how Kearny, 33, claimed he had found the boat himself and moved it to his former partner’s home but had not yet got around to telling police.

Kearney’s story unravelled, however, after he was caught on number plate recognition cameras towing away the boat with his Ford Ranger.

Scott Clayton, claims fraud and investigations manager at Zurich, which owns Navigators and General, said:  “Mr Kearney attempted to falsely claim thousands of pounds by faking the theft of his boat.

“However, he didn’t count on the vigilance of our investigators or on being caught on camera towing the vessel away.

“While the vast majority of claims we receive are legitimate, and we pay them promptly, insurers have a duty to detect bogus or exaggerated claims, which drive up premiums for honest customers.

“We have highly effective measures in place to detect fraud and, as this case shows, work closely with the police to catch offenders.”

Kearney was charged with two counts of fraud for falsely claiming the boat had been stolen and for hiding his previous convictions when taking out the policy.

Judge Huw Rees jailed him for an additional six months consecutive to a 27 month prison sentence he is already serving for other crimes.  His boat was seized by police under the Proceeds of Crime Act.

Clayton added: “Although this was a fraudulent claim, we help about 25 customers every year who have genuinely had their boat stolen, paying out an average of £10,700 in each case.

“While it’s impossible to prevent all thefts, owners should take whatever precautions they can to protect their boat, including ensuring they have adequate and up-to-date insurance cover.

“If thieves do strike, this can help you get back on the water as quickly as possible.” 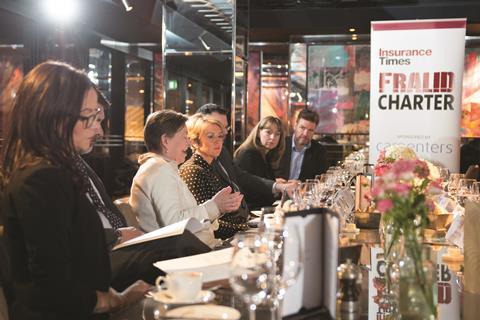