The CII typically elects a new president at its annual general meeting every year – this usually takes place during the summer, but due to the coronavirus pandemic, this year’s AGM was delayed until today (8 October). Former president Turner extended his tenure to reflect the changed AGM date.

Page, who has worked in the insurance industry for more than 30 years, was appointed chief executive of Aon UK in 2018 – she directly leads its commercial risk, health and affinity businesses.

She is also a member of the Confederation of British Industry’s Presidents Committee, a member of the Financial Conduct Authority Practitioner Panel and a diversity and inclusion champion, previously holding roles as a committee member of Inclusion@Lloyds and the Dive-In Festival.

Page has additionally acted as a non-executive board director of Biba, as the chair of one of its Advisory Boards and deputy chair before she stood down in July 2019.

Page said of her appointment: “At any time, it would be a privilege to be appointed as president of the CII, but now, with the unprecedented health crisis and economic interruption caused by Covid-19, the need for us to continue to focus on trust in our products and services increases both the privilege and responsibility I feel in accepting this honour.

“The opportunity to work with the best minds from all sides of our profession, to gain recognition of the valuable work that we already do, and to find ways to accelerate our efforts to respond to customer needs is something I am extremely excited about.”

Sian Fisher, chief executive of the Chartered Insurance Institute, added: “I would like to thank Nick for extending his tenure as president during these challenging times and for his focus on building a greater level of consumer trust in our profession. I would also like to offer him the CII’s congratulations on his recent appointment as the next group chief executive of NFU Mutual to succeed after the retirement of the current chief executive next April.

“I am delighted to have Julie as our new president and look forward to working with her on how our profession can unite to best serve society, both now and during less stressful times.” 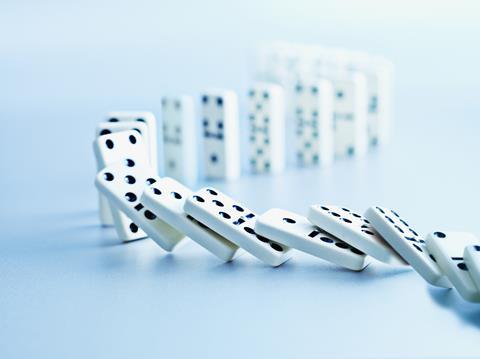