Climate change will become a ‘persistent drag’ on insurers’ profitability

Projections show that insurers are likely to be able to bear the costs of the transition to net zero, however

Climate change and the costs associated with moving towards net zero carbon emissions “will become a persistent drag on banks’ and insurers’ profitability”, according to the Bank of England’s deputy governor for prudential regulation, Sam Woods. 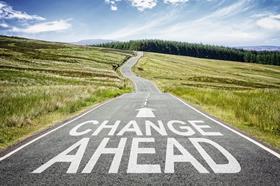 Read more… Briefing: How the ESG agenda can help insurance be a driver for positive societal change

In a speech given yesterday (24 May 2022) to coincide with the release of the Climate Biennial Exploratory Scenario (CBES) results, Woods explained that overall loss rates associated with climate change would be equivalent to “an average drag on annual profits of around 10% to 15%”.

The CBES was launched in 2021 to assess the financial risks posed by climate change for the largest UK banks and insurers. It used a selection of 30-year scenarios to explore the capability of these firms to respond to or survive climate change’s impacts based on different approaches to climate policy.

The results of the CBES projections showed that UK insurers were “likely to be able to bear the costs of [the] transition [to net zero] that fall on them”, although this would have to be achieved by passing a “significant portion” of these costs onto customers.

Woods added that net zero transition costs would be lowest in the scenario where “early, well managed action to reduce gas emissions” were used to limit climate change.

Read: Climate change losses have increased by 270% – Capgemini and Efma

Woods said: “It bears repeating that – based on this exercise – the costs of a transition to net zero look absorbable for banks and insurers, without a worrying direct impact on their solvency.

“By themselves, these are not the kind of losses that would make me question the stability of the system and they suggest that the financial sector has the capacity to support the economy through the transition.”

In his speech, Woods highlighted that his largest worry was the effect of climate change if no actions were taken to limit its impact by governments around the world.

Woods said: “No action on climate change delivers the worst outcome from our scenarios.”

He explained that the CBES projection in which no action was taken against climate change was “particularly unpleasant for life and general insurers” because it showed a rise in average annualised losses of between 50% and 70% after 30 years.

The no action scenario would also lead to a reduction in access to lending and insurance for climate vulnerable sectors and households, such as homes at risk of flooding.

Woods explained that the results of the CBES showed that “climate change is a first order strategic issue for the firms we regulate”.

He added, however: “In my view, it is not yet clear that the magnitude of transition costs require a fundamental recalibration of capital requirements for the system.

“A persistent drag on the profitability would be very nasty for firms, but so long as they are able to continue to make sufficient profits to maintain their capital buffers, its impact on safety and soundness might be less material.”