Crime, regulation and technology are the three biggest concerns for insurers worldwide, according to new research by professional services firm PricewaterhouseCoopers (PWC).

These results come from PWC’s biennial Insurance Banana Skins report, published in partnership with the Centre for the Study of Financial Innovation (CSFI). This year’s analysis was based on 607 responses from 47 territories, including 91 UK respondents.

Crime, particularly cyber crime, was highlighted by the report as the greatest threat to face the global insurance industry over the next two to three years.

While there is a strong concern from the global insurance sector about the vulnerability of legacy systems, one worry pinpointed by overall respondents is that insurers are underestimating the potential costs of cyber crime when writing policies.

Another issue is that insurers with ambiguous policy wordings could be exposed to litigation or reputational damage if they or their clients have different expectations of what policies cover. 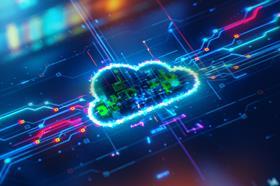 In the report, advisory company Robinson Hambro’s UK chief executive Karina Robinson said “cyber attacks from ransomware gangs and hostile states are increasing exponentially” in the UK and the “ramifications of an attack often go beyond the original intention”.

The report identified the rise in regulatory risk as the second largest concern of global insurance professionals, driven by the implementation of measures such as Solvency II and IFRS 17.

Specific concerns flagged by research respondents include the volume of new rules being implemented, as well as the accompanying cost and compliance burdens, which many respondents felt were hampering product innovation and competition.

One respondent said: “There is a joke that insurance companies are companies that comply with regulation and if they have time left over from doing that, they may write some insurance – that joke isn’t funny anymore”.

The third greatest threat to the global insurance sector, according to PWC’s report, is the need for business and technology modernisation.

At the heart of the research’s responses was the view that many sector players are weighed down by old business models and IT infrastructure that is poorly equipped to handle the changing demands of the industry.

Insurtechs, on the other hand, were generally seen by respondents as quick to react to digital demands.

The risk here, however, is that respondents are concerned that insurtechs are moving too fast and without proper safeguarding in place. Some also argued that insurtechs are unfairly less regulated than traditional insurers, putting them at a potential advantage compared to incumbents and possibly incentivising risky behaviour.