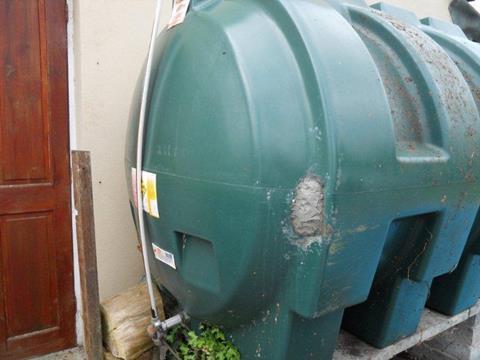 Claims on burst domestic oil storage tanks soared by 25% to 30% this summer due to the unusually hot weather, according to loss adjuster QuestGates.

Provisional Met Office statistics for June, July and August show that this year had the warmest, driest and sunniest summer since 2006, with an average temperature of 15.2 °C - 0.8 °C above average.

Plastic oil storage tanks, which are widely used in rural areas, can split under the impact of sustained direct sunlight, causing oil leakages that pose a fire and slip hazard as well as the threat of environmental damage.

“Escape of oil clams aren’t great in frequency but can be complex and very costly if they are not managed correctly, due to the potential for ongoing spread of oil into adjacent properties or water courses,” he said.

Claims costs could rise to five times the 2012 average, if they were not managed pro-actively, and some individual claims could top £1m due to their complexity, Steward added.

In one case handled by QuestGates, 300 litres of kerosene spilled out on to the claimant’s driveway close to a garage-cum-home office. Fire fighters called to the scene stemmed the leak and called the Environment Agency (EA).

“QuestGates in-house consultant attended the site the same day with specialist equipment,” said Steward. “The area of contamination was delineated and external environmental consultants were provided with a specification of work.”

This had enabled them to excavate the affected soil and validate the site as satisfactory within 10 days of instructions being received. The EA had con-firmed they would not have to attend or impose statutory charges on the insured.

“Whilst not wishing to be unduly pessimistic, we anticipate a further surge in these claims when homeowners fill their tanks before the winter period,” he added. “The additional load can often bring about the eventual demise of the weakened tank and resultant spillage.”