Oxygen Insurance Brokers (OIB) is now in a stable condition following its tumultuous 2010, according to Oxygen group chief executive Nigel Barton, and is looking to boost profit margins in 2011.

“It was a painful period, which we have recovered from,” Barton said. 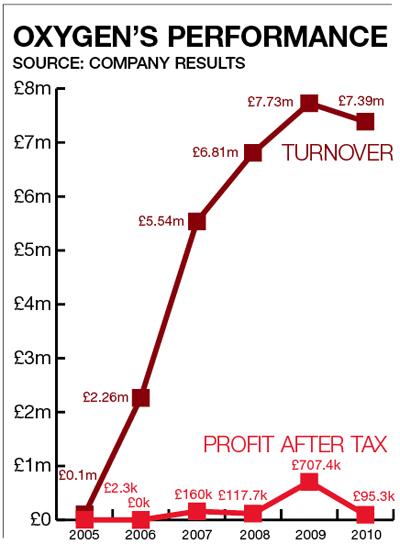 “The reorganisation and defence of that office’s client base was a huge distraction, resulting in a significant loss of revenue, extra costs and legal remedies culminating in a favourable legal settlement,” OIB’s Companies House statement read.

Following the defections, Oxygen bolstered the Leeds operation with a number of hires and appointed a new Leeds-based corporate risks head, Simon Rowlands, in July 2010.

“The next generation of staff have stayed and we have had some good people in,” Barton said. “We have come through that bumpy 2010 much stronger.”

The company also added a Bristol office to its corporate risks division in May 2010, and recently opened a new office in Ipswich. “That has got off to a good start,” Barton said.

While the corporate risks unit hit troubles last year, The Oxygen Partners wholesale business had a “marvellous” 2010, according to the Companies House filing, recording revenue growth of 43%. Barton reports that the Partners business has continued to do well in 2011 so far.

Oxygen said that its budget for 2011 anticipates a growing profit margin, derived from conservative revenue growth coupled with various cost-cutting initiatives. Barton would not be drawn on Oxygen’s targets for 2011, but said: “It will definitely be an improved position from 2010.”