Regulations governing running of scheme are now in force 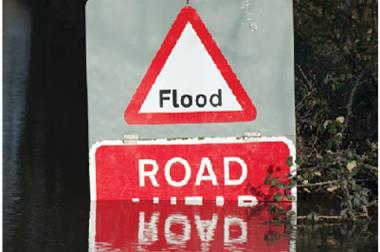 The UK government has approved the legislation governing the funding and running of Flood Re.

Floods minister Rory Stewart has signed the regulations following approval from Parliament, and they are now in force.

The approval of the regulations means Flood Re has removed another obstacle to its launch, which is expected in April 2016.

The scheme now needs PRA approval before it can start providing affordable cover for high-risk properties.

Flood Re has required two sets of legislation of which this is the second. The first, which allowed the scheme’s formation, is enshrined in the Water Act 2014, which gained Royal Assent on 14 May last year.

Stewart said: “Flooding can devastate people’s lives and homes and while nothing can take away the distress it can cause, having access to affordable insurance will give people peace of mind.

“Flood Re will for the first time ensure access to affordable flood insurance for people regardless of where they live.

“Today marks an important step for Flood Re as the regulations come into force and it give it the means to protect people from spiralling insurance premiums.”

Flood Re chief executive Brendan McCafferty added: “We are delighted that the Government has now put into effect the legislation, agreed by Parliament that gives Flood Re its statutory underpinning.

“Flood Re’s work with the insurance industry, regulators and others will continue. We are working towards an operational start in April 2016 and look forward to delivering on our commitment to helping insurers provide consumers with access to affordable flood insurance.”