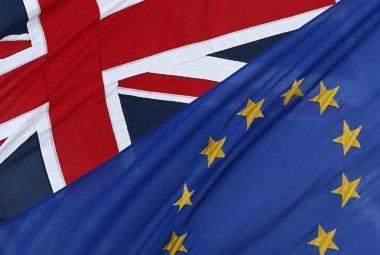 Britain has moved a step closer abandoning EU passporting rights for insurers and other financial services after the government published its long awaited Brexit white paper.

But the document was immediately criticised for offering little clarity on the UK’s forthcoming ‘third country’ status once it leaves the EU.

The white paper, The United Kingdom’s exit from and new partnership with the European Union, avoided detailing how the government plans to maintain free financial services trade between the EU and the UK, referring at length instead to the letter from the FCA to Andrew Tyrie MP, Chairman of the Treasury Committee from August last year.

“There are a range of provisions across many different pieces of EU financial regulation,” the paper said, “which allow firms in member states to provide financial services across the EU under a common set of rules and a single authorisation from their regulator.

The comments suggest the UK might be able extract favourable terms from Brussels because the EU dependency on UK financial services is greater than or equal to the UK’s need for European finance.

The paper added: “In our new strategic partnership agreement we will be aiming for the freest possible trade in financial services between the UK and EU member states.”

Commentators were unimpressed by the lack of detail.

“No-one knows when that agreement might be reached, if at all, nor what provisions in might contain. The publication of the white paper has done nothing in terms of providing any clarity around the details,” said Ivor Edwards, Partner at law firm Clyde & Co.

“The risk for the UK is that under the new strategic partnership agreement it might lose control of rule setting and mutual market access could be withdrawn or quibbled over,” he added.

Parliament voted yesterday in favour of triggering Article 50, a precursor to initiating exit negotiations. It must conclude discussions on the nature of its departure within two years – a timeframe that for the setting up of equivalent structures to maintain EU access could prove wholly inadequate.

“In the meantime, insurers won’t wait-and-see,” added Edwards. “Planning for Britain’s exit from the EU is well underway as insurance carriers believe they need to take concrete steps for all eventualities by setting up carrier companies in EU27 countries.”

In October, seventy-four percent of an Insurance Times Brexit Forum audience said it was ‘essential’ that the government pushed to retain passporting.